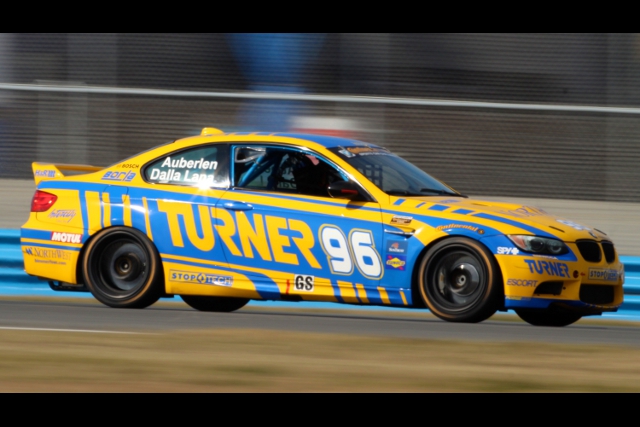 Auberlen – also a regular for Will Turner’s team in the Rolex Series as well as for BMW squads in the American Le Mans Series – set the best time (1:55.930) early in the session in the car he shares with Paul Dalla Lana for the BMW Performance 200 at Daytona International Speedway.

The lap replaced Scott Maxwell’s time as the best of the race weekend so far, but it was Maxwell’s co-driver, Jade Buford, who was second fastest for Multimatic Motorsports. His time (1:56.457) though a half second slower than Auberlen’s split up what would have been a BMW 1-2 with Al Carter third fastest for Fall–Line Motorsports.

Despite the gulf between the top two the fastest five cars were split by only a fraction more than a second, Roush Performance’s #61 Mustang and the Fall-Line BMW of Charles Espenlaub and Brett Sandberg completing the top five.

Having led the first practice session yesterday Ryan Eversley returned his Compass360 Racing Honda Civic Si to the top of the Street Tuner (ST) class, three tenths faster than Murillo Racing’s #56 BMW driven by Jesse Combs and Jeff Mosing – the latter responsible for the lap that influenced the timesheets.

Ted Anthony Jr. was third fastest in another Compass360 car and Andrew Jordan made sure there were three cars from the team in the top six. The BTCC man drove for the full 30-minute session, having not completed a lap in either of the two Wednesday sessions. After a number of installation laps Jordan laid down a succession flying laps, the best at 2:07.046 briefly the fourth best lap before later improvements by rivals in the final ten minutes of the session.

The top twelve ST teams (from a class of 34) were within a second of the best time, the bracket extending down to the HART Honda Civic of Chad Gilsinger and Michael Valiante who keep the best ST time of the weekend thanks to Valiante’s time in the second practice session yesterday.