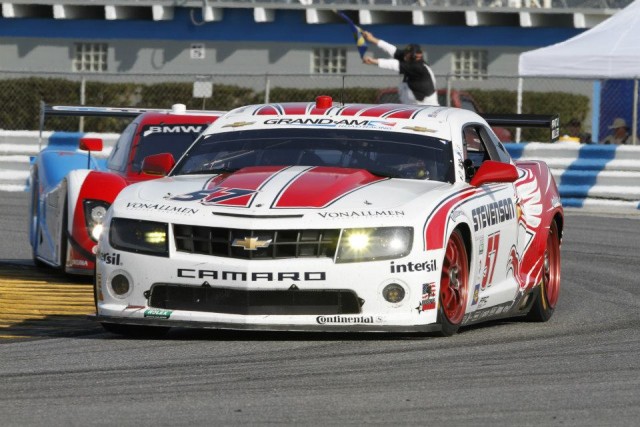 John Edwards will be in action twice at the Circuit of the Americas (COTA), as he fronts Stevenson Motorsports‘ challenges in both the Grand-Am Rolex Series and the Continental Tire Sports Car Challenge.

Stevenson Motorsports will field a Chevrolet Camaro in both series, with Edwards being joined in the Rolex Series by Robin Liddell in the #57 car, while Matt Bell will partner Edwards in the #9 Camaro for the Sports Car Challenge.

Despite the event being COTA’s debut in Grand-Am, Stevenson Motorsport will have a small amount of knowledge heading to the Texan circuit, having spent time testing at the track in December.

Liddell and Edwards will be looking to bounce back from their Daytona setback, which saw a series of issues for the Camaro, culminating in a transmission problem forcing the team into retirement, having lead the race twice.

It was another story, however, for the opening round of the Sports Car Challenge as Bell and Edwards drove a strong race and managed to steer the #9 Camaro to a sixth place finish.