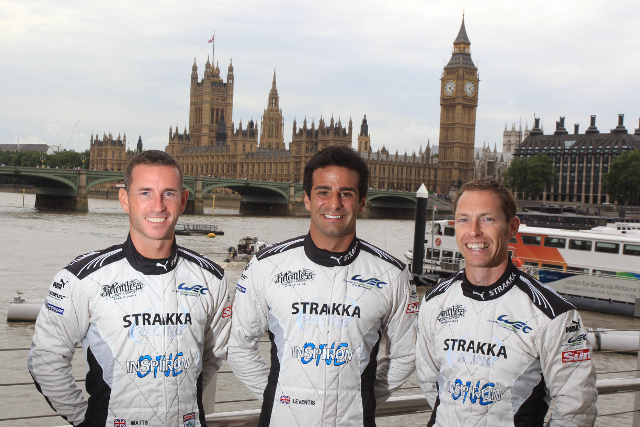 “We are delighted to be returning to the WEC for a second year,” said team manager Dan Walmsley, “and we are confident that the strength and stability of our driver line-up, together with the upgrades to our HPD ARX-03c, will enable us to perform at the very highest level once again.”

“We enjoyed a great deal of success in 2012, not least our overall podium finish at the 6 Hours of Bahrain. We visited a lot of new circuits last year and were competitive everywhere we raced, yet we were disappointed not to win the LMP1 Privateers’ title. We’re looking forward to building on the experience we gained in our first season in the WEC, with our sights firmly set on going one better and trying to win the FIA Endurance Trophy for Private LMP1 Teams’ title.”

In order to achieve Walmsley’s aim they will have to defeat the Rebellion Racing squad that beat to the 2012 title, though the Swiss based team have scaled back to single car effort of 2013 after fielding two cars this past season.

The WEC entry will also take Strakka Racing back to the 24 Hours of Hours for the sixth consecutive year, following their 2008 debut.

Walmsley said; “it’s also a great honour to race at the Le Mans 24 Hours, and having qualified as top LMP1 Privateer there last year, we’ll be aiming to bring that trophy back home to the UK as well.”

The 2013 WEC calendar will put Strakka Racing on home soil to start the season, with the Six Hours of Silverstone on April 14 the first round of the new season.