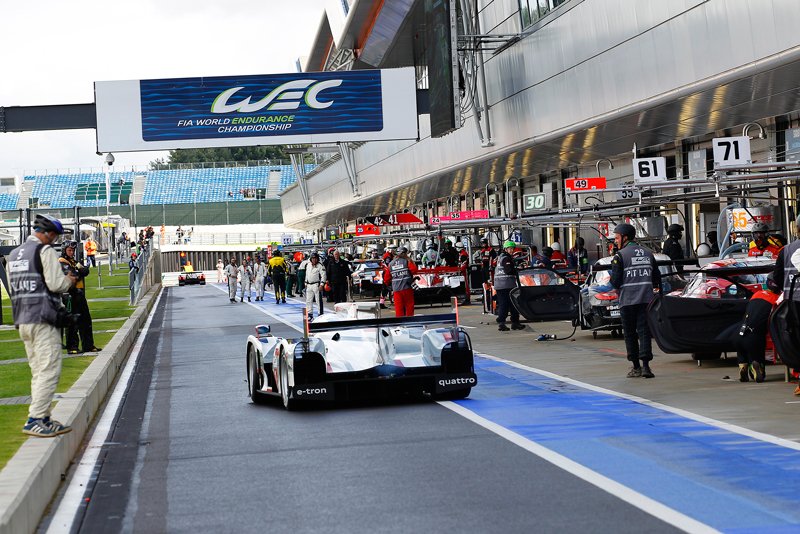 Tickets for the FIA World Endurance Championship events the 6 Hours of Silverstone and the 6 Hours of Spa-Franchorchamps are now on sale with prices starting as low as £10, along with children gaining free entry to both events.

Sunday 14 April will see the FIA WEC head to the UK for the opening round of the championship along with the European Le Mans Series and the FIA European F3 Series playing a supporting role. The event also sees the winners of the main race receive the Royal Automobile Club Tourist Trophy which is 108 years and the oldest motorsport trophy in the world to still be contested.

A weekend ticket for all three days costs £35 and includes paddock access, access to the grandstands and admission to the pitlane during the autograph session.  Children under 15 receive free passes for the day and there is free public parking, making the tickets great value for money.  Pre booked day tickets start at just £10 for access on Friday, rising to £30 for race day.

The Six Hours of Spa-Franchorchamps takes place on Saturday 4 May  and fans pre-booking tickets before 27 April will be able to purchase an adult event pass for just 25€ (full price 30€) and children 12 years and younger will receive free entry into the event.   As with all FIA WEC events the entry price includes paddock access, access to the grandstands and entrance into the pitlane for the autograph sessions.

For 2013 fans have the option of upgrading to the Le Mans Spirit Club package which gives each ticket holder a special VIP experience with access to the exclusive lounge above the pitlane, lunch, all day refreshments and the opportunity to take part in the Grid Walk.  This is the chance to mix with the teams and drivers during the build up to the start of the race and really soak up the atmosphere of an FIA World Endurance Championship event. Further details are available at www.fiawec.com.

Gerard Neveu, CEO of the FIA WEC, said: “The tickets for the first two FIA WEC events are now on sale and offer great value so that the whole family can enjoy the Spirit of Le Mans at an FIA WEC event.  As we did in 2012, we have ensured that the tickets are all inclusive of entry to the event, access to the grandstands and also to the paddock so all visitors can meet the drivers and see the cars very close.  It is very important to us that the fans feel part of the event and are not pushed outside the fence line.

“ If fans book their tickets early they will be able to see some great racing at a price that offers great value for money.  With 32 full season entries the 2013 FIA WEC promises to have some great racing and we are also expecting the grids to be boosted further by some race-by-race entries from teams preparing for the big race at Le Mans in June. We are confident that with the value for money ticket pricing and the entertainment on offer, the events at Silverstone and Spa-Francorchamps will attract bigger crowds than they did in 2012.”

Tickets for Round 3 of the FIA World Endurance Championship are also on sale.  This year the 24 Heures du Mans is celebrating the 90th anniversary of the first running of the world’s greatest motor race in 1923 and the party atmosphere will be even better in 2013.  Tickets for the 2013 24 Heures du Mans are available on the new event website at www.24h-lemans.com.