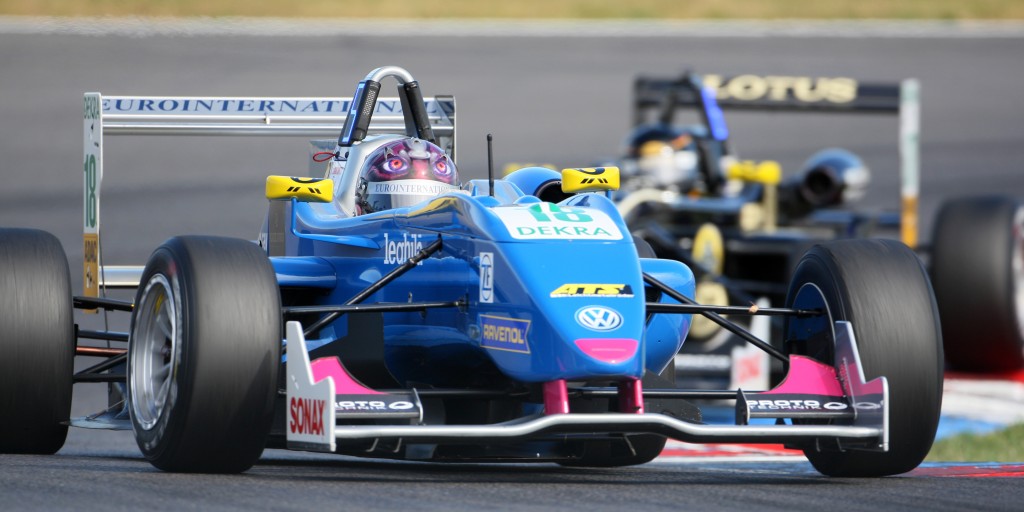 Italy’s latest female racer, Michela Cerruti, brings a wide range of racing experience to the ever-increasing line up for the 2013 FIA Formula 3 European Championship. The 26-year-old will be driving one of the Dallara-Mercedes F3/312 cars being run by the Romeo Ferraris squad. This makes her the second female to race in the series, alongside Colombia’s Tatiana Calderón.

Cerruti has cut her teeth from the very start, as she has participated in the Italian Superstars touring car series at the age of 20. She also took part in the F3 Open series, as well as the German ATS Formula 3 Cup, being able to experience single seaters. This was alongside a successful season with Team BMW Italia (ROAL Motorsport) in the Italian GT Championship, where she again will race for the Roberto Ravaglia-run outfit for 2013 in the Z4 GT3, alongside her F3 commitments.

“I like to think that I will be competing in a highly competitive championship, full of really fast drivers. There’s nothing I like better than a challenge that seems impossible,” said the Rome-based driver. “My whole career so far has been a series of leaps in the dark, and every year has brought a new and more difficult challenge, and I fully expect this to be the most demanding,”

Team Principal Dario Calzavara said that it was a tough, but satisfying effort for the team to get things ready for the first round at Monza, there was no letting up in stressing how much the championship is: “Thanks to the extraordinary work done by Gerhard Berger and the FIA. For the Romeo Ferraris company, it constitutes a new and demanding challenge, which we will tackle with determination, but knowing also that we have much to learn.”

Romeo Ferraris, the Team Owner, spent most of his time in engine design programmes, as well as touring car series, with the hard-charging Italian lady of racing having been a part of that association in 2010 and 2011 with the squad, and that he says it will be a memory he will never forget:”When the race will start at Monza will be a great emotion for me, it will be like going back more than sixty years and start from scratch. I know that the FIA Formula 3 is the most competitive championship, not counting Formula 1. When the green light will be on at Monza I know that the 50 titles I won in the past, will not count anything.”

As we fast approach the first test in Barcelona later this week, with the last four places to be decided, it seems that the boys may have a fight on their hands this season, as they will have to look out for a pink liveried F3 Dallara in their mirrors…