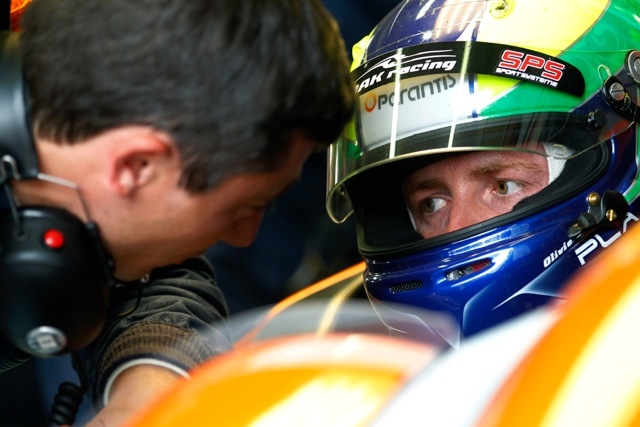 Pla returns to the team having raced for OAK in 2012, a year where he established himself as one of the top prototype drivers, building on a reputation built over several season in the WEC’s forebears.

“This year will be very important.” said Pla “The team has worked hard during the off-season and winter testing at Motorland Aragon was very promising. In view of our 2012 performances and the quality of the Morgan chassis our goal is clear: to win! Our crew is one of the most competitive in the field. David proved his value in the US throughout the 2012 season and at the Le Mans 24 Hours with us, while Alex has already been very successful in endurance racing. We are ready to get stuck in and win the title!”

Brundle joins the team full-time having contested in Bahrain and Brazil for OAK in 2012. The full time commitment to the WEC completes Brundle’s move across from single-seaters.

“I am delighted to be joining OAK Racing’s 2013 World Endurance Championship line-up.” added Brundle. “Although the competition will be fierce I have confidence that we have the strength and depth required in driving, engineering and mechanical support to be serious contenders this season.”

Heinemeier Hansson will look to continue his development from 2012, which saw him compete in a Morgan LMP2 in the American Le Mans Series, as well as appearances for OAK Racing at Spa, Le Mans and Silverstone.

“I can’t wait to get the WEC season started with such a powerful line-up and superb team.” said Heinemeier Hansson “It’s great to begin a campaign when you already know the car, team and your co-drivers. I think we have an excellent chance to accomplish something special with this package.”

The trio will drive the #24 Morgan LMP2, in traditional OAK pink and black livery. The lineup for the #35 car will be announced in the near future.