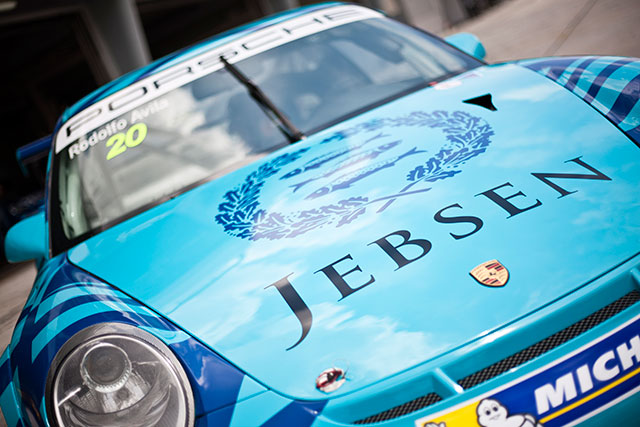 The 26-year-old is no stranger to Asian motor sport since becoming the youngest ever driver to race in the Macau Grand Prix in 2002. Since then he has taken part in a number of different series both open wheel and sports cars.

“I have been racing in Asia for many years now. I took my first steps in motorsports back in 2002 in China. Since then I have competed in many categories of Formula cars and GT in Asia and Europe.” said Avila.

Recently Avila has been honing his sports car skills in the Porsche Carrera Cup Asia, finishing second in the championship in 2011, just 2 points from the title and third last year.

“For the last 4 years I have been taking part in Porsche Carrera Cup. I believe that Asian Motorsports is still growing, and there is room for many new challenges in my career.”

With confirmation that the 2013 champions in LMP2, GTE and GTC will be eligible to race in the 2014 24 Hours of Le Mans Avilia can see an exciting opportunity.

“I think it’s great that Asian LMS has been established in our region. Motorsports has seen a huge leap forward over the last 10 years in Asia, and now in 2013 with the Asian LMS we have a new and very prestigious championship coming in.

“This championship will raise the standards of motor sports in the region, plus give the opportunity for the drivers to be eligible to take part in the most prestigious endurance race in the world – a dream come true for many of us drivers.”

Avila would jump at the chance to get a drive in the AsLMS and revealed he will be keeping a close eye on the series this season in a view to take part in the future.

“I have the right backing or proposal it would be something that I would definitely love to do.”