Tom Ingram Blog: Three In One, The Season So Far 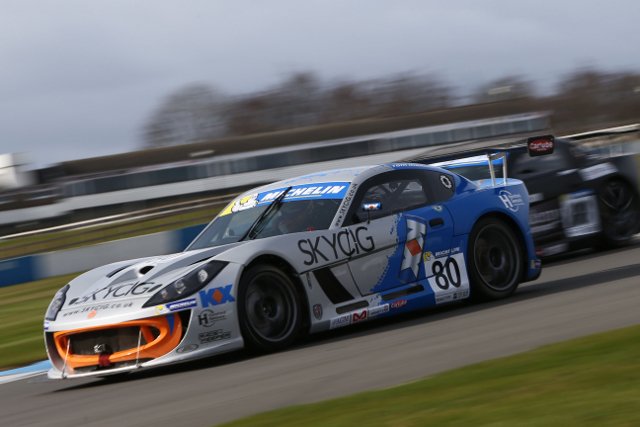 Firstly, thanks very much for taking a look at my blog on The Checkered Flag. I won’t lie, I have been very slack at getting my blogs over so far this year, so here come three for the price of one! But don’t worry, I’ll keep it all fairly brief – don’t want to bore you too much!

I’ll start at the very beginning, where all good blogs start – Brands Hatch Indy! It was so good to be able to go into a new season and the first round already knowing I had the money to race and not needing to worry too much about damage. That really took the pressure off and allowed me to properly push. Friday testing was ok; I had a driveshaft failure in the first session but came back in FP2 to top the timesheets, which was a real boost.

I qualified down in seventh, however, after we made a few changes that didn’t pay off. That was a real shame as around the Indy Circuit it’s very hard to overtake, but nevertheless, we cracked on. Finishing fifth in race one and fourth in race two meant I was lucky enough to draw pole position for the reverse-grid final race. I got a good start and controlled proceedings from the front, leading from lights-to-flag to cap an encouraging first weekend.

I was really looking forward to round two at Donington Park after our success at Brands, and a positive test day meant we were full of confidence going into Saturday’s qualifying. I put my car P2 on the grid behind Carl Breeze, but again we needed to make some changes before the races as we knew there was more pace to be found.

As much as I’d love to tell you what an action-packed race I had in the first one, frankly I’d be talking rubbish! It was spent almost entirely underneath Carl’s rear wing waiting for a mistake or trying to force him into one – but with your race one result determining your starting spot for race two in the Michelin Ginetta GT Supercup, you have to ensure you make it to the chequered flag in a strong position, so there was no point in risking anything half-hearted. Told you it was boring! Anyway, race two from second on the grid turned out to be another procession, sorry to report; I did have a little look down Carl’s inside into Redgate, but the door was slammed firmly shut in my face!

Race three, now this was better! Starting from fifth, I noticed on the grid that there was no Carl alongside me. It transpired that he’d suffered a driveshaft failure on the formation lap, which meant I needed to really capitalise upon his misfortune and grab some strong points. On the opening lap, though, I found myself pushed onto the grass on the approach to the Craner Curves, costing me my momentum and dropping me to seventh.

With a mountain to climb, it was time to fight back, and after picking the others off one-by-one, I had recovered to third by the beginning of the final lap – right up behind Matt Nicoll-Jones. I got a brilliant run out of Redgate Corner and went to his right, which put me on the outside line for the Craner Curves, but I kept my foot planted and moved up to second. I was pleased with that, and it gave me a hat-trick of runner-up finishes as well as the championship lead. Mint!

One more to go – Thruxton.

With our ‘Friday test’ in actual fact taking place a few weeks prior to the meeting, we were straight into qualifying, when very difficult conditions saw us changing tyres several times and I ended up second – importantly, ahead of Carl.

I got an average start in race one and found myself boxed in at the Complex, frustratingly seeing cars just drive around my outside. I ended the opening lap down in fifth – and requiring yet another comeback charge! Worse still, a safety car due to James Birch’s monster shunt meant I had my work properly cut out. Five whole laps went by before the safety car returned to the pits, leaving only a handful of minutes remaining to actually race, so I knew I had to pull off some moves!

Fortunately, they both came to me at Church – one on the inside on Matt Nicoll-Jones, the other on Fergus Walkinshaw but around the outside! That was scary! That lifted me into third, which was where I finished. I got a middling start again in race two, as Nicoll-Jones came past but then made contact with Andrew Watson going into Cobb, sending Watson spinning and handing me back third. A few laps later, I found a way around Nicoll-Jones on the outside going into Cobb, giving me the inside line for Seagrave. By this point, however, Carl Breeze had established a big lead so I made the call to back off and save my tyres for Sunday’s race.

As at Donington, the reverse grid for race three placed me fifth. Off the start, Carl leapfrogged not only me but a few other drivers, too, elevating him to second by the time he exited the Complex. I wasn’t overly worried, though, as I knew we had a secret weapon up our sleeve. We had saved two tyres from the first two races which meant we had fresher rubber down the left-hand side of the car, and I knew we would only get stronger as Carl’s pace tailed off. That meant I could take my time getting past the other guys without having to really force the issue.

That’s what I did, carefully threading my way up into second, and once I was clear of the pack, I could see I was closing on Carl pretty rapidly. As soon as I caught him, though, that’s when the hard work really began – finding a way past! I was much quicker through the Complex and decided I would try my luck around the outside of Campbell – putting me on the inside for Cobb – and that’s exactly what I succeeded in doing. With two laps left, I pulled the move off and then just had to bring it home. Everyone on the pit wall was going mad! I said afterwards it was my best win, because I really had to fight for it!

So there you go – hope that’s brought you all up-to-speed, and thanks once more for reading. I owe a huge ‘thank you’ as ever to all my boys at JHR Developments and my sponsors KX, SKYCIG and Hansford Sensors – not to mention you guys, of course, for keeping up the support! Don’t forget you can follow everything that’s happening with me on Twitter @TomIngram80 and at my website www.tom-ingram.com

I’ll catch up with you again soon…