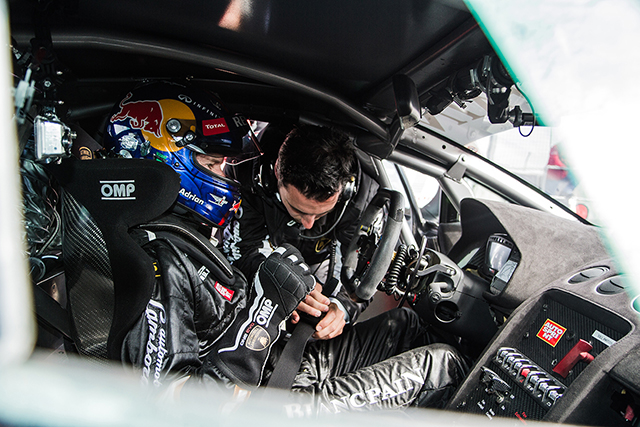 Adrian Newey‘s return to the Lamborghini Super Trofeo ended with an embarrassing retirement from the weekend’s second race.

Newey, who was sharing the #1 VIP Gallardo with Italian magazine Autosprint’s editor-in-chief, Alberto Sabbatini, lost control while trying to warm his tyres on the formation lap for the race on Sunday.

As Newey reached the Hangar Straight, he began weaving, as many drivers do, in an attempt to gain heat in to the tyres for improved grip. However, the renowned Formula 1 designer lost control of his car and ended up crashing head on with the barriers on drivers’ left. The impact ended the team’s weekend.

The Red Bull Racing technical director had secured an eighth place result in the first race on Saturday, before his pre-race retirement on Sunday.

Victory in the opening race went to Cedric Leimer, while the second race saw a strong battle between the race one winner and the winner of the season opener, Adrian Zaugg.