Ollie Chadwick Blog: “I Have Nothing To Lose Now” 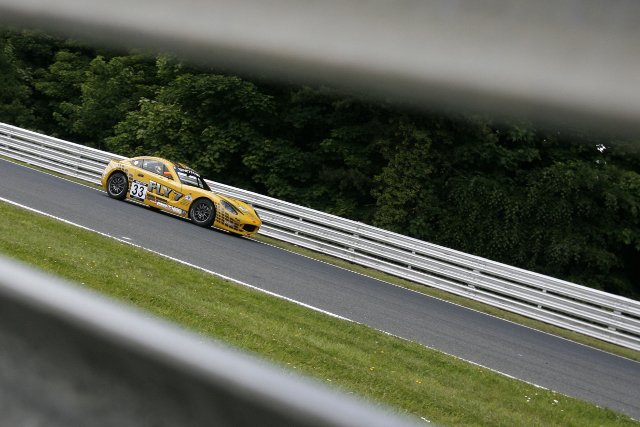 The lengthy mid-season break serves as the perfect opportunity to assess what has been a character-building start to the Ginetta Junior Championship for my JHR Developments team and me.

It has been a while since my last contribution to The Checkered Flag’s blog. In fact, my last post reviewed a somewhat underwhelming outing at Donington Park, while looking optimistically ahead to the rest of the year.

I was tipped by many as the championship favourite during the build-up to the 2013 season. However, events have since conspired against me and I’ve had to re-evaluate my ambitions slightly.

Series leader Harry Woodhead has an unassailable 195-point advantage over me in the standings and, without a miraculous change in fortunes for the both of us the title is now an unrealistic target.

The heartening thing is that the championship doesn’t reflect my true standing and my position is mostly down to unforeseen mechanical issues and unavoidable incidents.

If I had to pinpoint a moment when my season began to unravel, I’d say it was during the first race at Cheshire’s picturesque Oulton Park circuit in June.

I got a decent start but lost ground after a tap from Will Palmer damaged my bodywork, but my demise came when an overly robust move from Keith Donegan forced me to pit with a puncture.

Things just continued to go downhill from there. I identified an electrical fault on my way to the grid for the start of race two but still managed to snatch the initiative away from the line. Unfortunately, my lead was short-lived, as what turned out to be an alternator failure sapped me of power and ultimately led to my second retirement of the day.

Despite that, I headed North East to Croft Circuit in an optimistic frame of mind. Everything looked positive, as I set the pace in Friday practice and secured third on the grid for both races.

Conditions were changeable throughout the weekend, although the inclement weather stayed away for the opening Ginetta Junior encounter of the weekend.

The race commenced with a fraught three-way tussle for the lead between Woodhead, Tom Jackson and myself.

The lead changed hands numerous times – I held P1 twice but damaged mirrors made defending impossible and I inevitably lost track position to cross the line in third place; it might sound crazy, but I was disappointed with that result.

Conditions couldn’t have been more different for Round 10, as rain saturated the North Yorkshire circuit. I got a blistering start and powered into an early lead.

However, standing water made the track hazardous and a first corner incident saw the Safety Car deployed.

At great restart saw me leave the rest in my wake as we streamed along the pit straight. Sadly, however, I hit a puddle under braking for Clervaux and aquaplaned, becoming beached in the gravel to add yet another DNF to my tally. I was bitterly upset as I felt I was a frontrunner all weekend.

But there’s still a lot of miles to cover in the 2013 Ginetta Junior Championship and I’m not out of the running just yet. I’m going to give my all in the closing half of the year to narrow the gap to Woodhead in the championship.

I have absolutely nothing to lose now, so make sure you tune in for a dramatic end to the season!