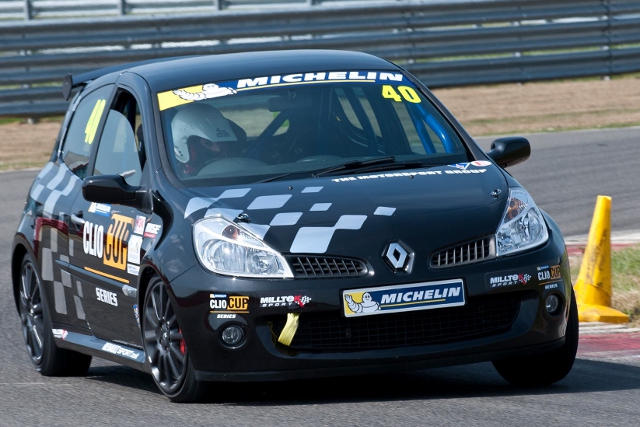 The event aims to raise funds for the Foundation, while also offering a unique range of unrivalled prizes from generous sponsors to help young drivers progress their careers.

Renault’s contribution to the event’s prize package will include the use of a Road Series Clio Renaultsport, which is currently being built by Monster Sport Europe, for the Autumn Cup races on 16th/17th November at Rockingham.

Alongside the use of the car, the winner, who has to be 16 years of age or older, will receive Pilot Sport 3 tyres for the race weekend from Michelin. Pre-event testing will also be included, whilst there is scope for the prize to be provisionally extended in 2014 as a full scholarship.

“On behalf of Renault UK and everyone involved with the Michelin Clio Cup Series with Protyre, we are absolutely delighted to be supporting this year’s Henry Surtees Challenge and we’re sure the prize of a funded drive at the Autumn Cup meeting will be hotly contested,” said Renault UK Communications Director Jeremy Townsend.

“The work John [Surtees] and the Henry Surtees Foundation does is incredible and it’s a privilege to be involved in the karting event at Buckmore. Henry was an outstanding young man, a fantastic racing driver and a real credit to the sport as a whole. He is sorely missed by all who knew him but the Henry Surtees Challenge is a truly fitting way to keep his memory alive.”