Top Five For Greaves At COTA 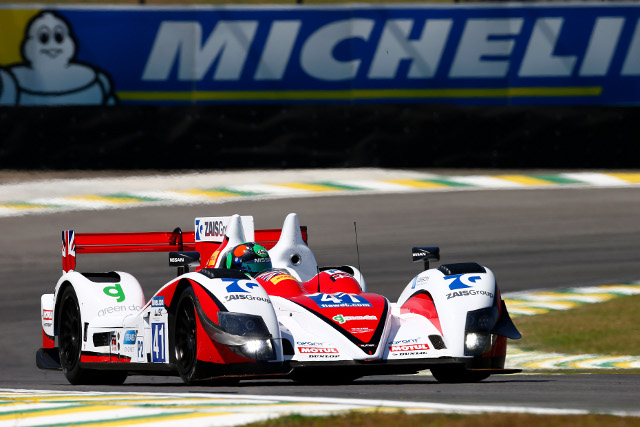 Greaves Motorsport took a fifth place away from the Circuit of the Americas, taking the team up to fifth in the FIA World Endurance Championship (WEC) standings.

A new driver combination for the fifth round of the season saw Christian Zugel and Chris Dyson join Greaves Motorsport’s regular professional driver Tom Kimber-Smith in the team’s Zytek-Nissan.

Kimber-Smith took the opening stint in the six hour race, picking up several positions before handing the car over to Christian Zugel, who maintained the form he showed in Sao Paulo. Zugel then handed over to Dyson, who provided a consistent competitive drive before giving the car back to Kimber-Smith to bring back to the line. Despite engine issues resulting in a loss of power, Kimber-Smith was still able to run at fast pace in the closing stages of the race.

“We have had a good result here in Texas, the team and drivers raced at a high level and we were in the leading group throughout the race,” said Team Manager Jacob Greaves. “Our ultimate pace was confirmed by the lap times turned in by Tom in his final stint, so the result is deserved. The Zytek chassis, the Nissan engine and the Dunlop tyres were a very effective combination and the guys on the team were, as ever, the best in the pitlane. We are looking forward to the rest of the season and to maintaining our place in the Championship.”

By Josh Disborough
3 Mins read
The GT World Challenge Sprint Cup reaches its climax this weekend at the Circuit de Barcelona-Catalunya. the #32 Belgian Audi Club Team WRT leads the way but will face stern competition for their rivals.