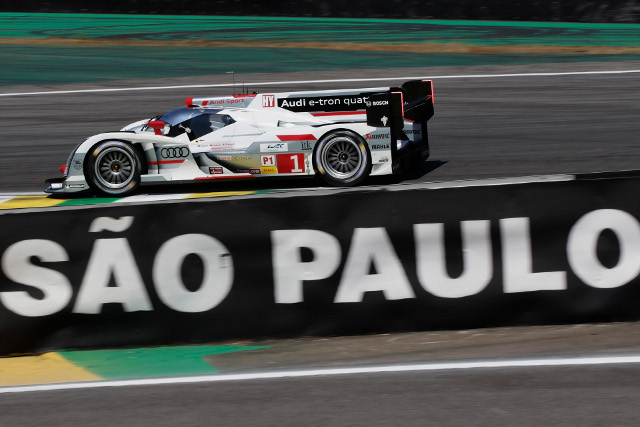 The Six Hours of Sao Paulo event in the FIA World Endurance Championship (WEC) will move from its previously announced August date to November 30.

The change in the calendar – arguably the most major change of several revisions to the 2014 WEC calendar since it was initially revealed – will make the Sao Paulo event the final race in the eight event season, replacing the race in Bahrain, which had been set to reprise its role as finale host.

One of the reasons for the change was the change in date for Brazilian Grand Prix at the track making the Interlagos track unavailable for the WEC’s original date.

It was also deemed that Brazil’s hosting of the 2014 football World Cup in June and July would have made the race difficult to market in its original slot.

It has also been confirmed that the Six Hours of the Circuit of the Americas – now the fourth round of the season – will take place on Saturday September 20 after an agreement was reached between with the track and IMSA – organisers of the TUDOR United SportsCar Championship that will share the weekend at the Texas track.

The WEC season starts on April 20 – Easter Sunday – with the Six Hours of Silverstone.

The grid, meanwhile, for both the WEC and for the 24 Hours of Le Mans will be announced on February 13.