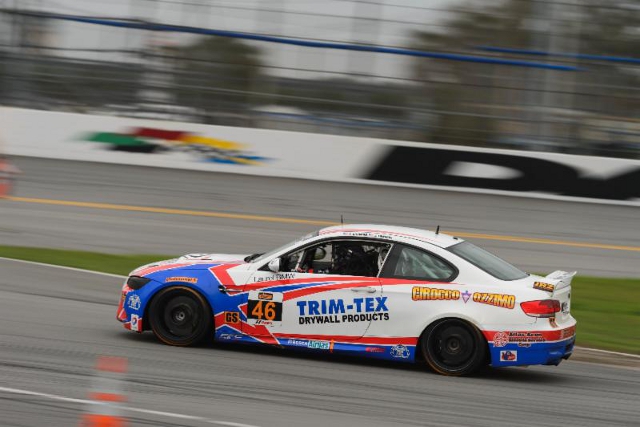 Having scored two wins in 2013 with Stevenson Motorsports Edwards will be joined in the #46 car by young gun Trent Hindman, who continues with the team having competed in the final five races of the 2013 season, during which time he became the youngest driver to win a pole position in the series.

“I’m extremely excited to get the 2014 season underway,” said Hindman. “There has been a lot of hard work and preparation during the offseason to come out and be contenders right from the beginning. We definitely showed well at the Roar, but you really don’t know what is going to happen until it is crunch time. Driving with John [Edwards] has been absolutely awesome so far and hopefully we can be in the fight up at the front!”

“I’m looking forward to my first race with Fall-Line,” said Edwards. “I think the TUDOR United SportsCar Championship has one of the shortest off seasons of any race series in the world, but I’m already itching to get back to racing. I’ve had two tests with Fall-Line and that has given me great confidence for the year ahead. They’ve won races and even the championship before, and I think we have a real shot at winning the GS championship again this year. I’m also looking forward to driving with Trent. I’ve known him since he started racing in Skip Barber, and he’s come a long way and has proven his speed. I think we can definitely be a threat all year.”

Shelby Blackstock, another driver joining the team for 2013, will share the Starstruck Entertainment and TrueCar sponsored #48 BMW M3 with Ashley Freiberg.

“I am very excited for the race at Daytona!” said Blackstock “The Fall-Line BMW is very fast and I’ve matched really well with the car. There is going to be a lot of good competition as there always is, so it should be a good race. Thanks to Fall-Line for giving me this opportunity and a great car!”

The final part in Fall-Line’s trio is a one-off entry for the Daytona event driven by Spencer Pumpelly and Steven Bertheau. The pair are reuniting for the race, chasing a fourth podium finish (and second win) at the track.

“I’m really looking forward to running with Steve and Fall-Line,” said Pumpelly. “Steve and I have had great success in the past winning in both Rolex and GS. Fall-Line has thus far really impressed me with their professionalism and organization. This should be a great start to the season.”