Rebellion keep on Beche and Heidfeld for 2014 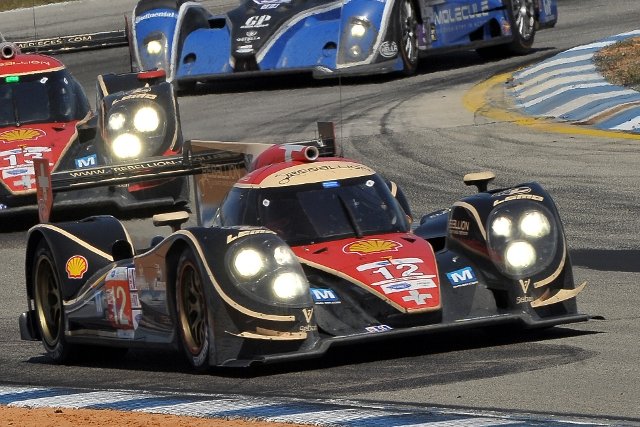 Rebellion Racing have announced the renewal of contracts for star drivers Nick Heidfeld and Mathias Beche for the 2014 FIA World Endurance Championship.

The campaign will see the team utilising their new ORECA R-ONE machines in the LMP1-L category to replace their ageing Lola-Toyotas.

With a new car being utilised for the season, it was key for the team to get a crew of old hands who could provide valuable input in to the continuing development of the car, with Nicolas Prost joining Heidfeld and Beche.

Bart Hayden, Rebellion Racing Team Manager: “It is very positive for the team that Nick and Mathias remain in our driver line-up again this year. Stability in the key drivers is a priority for us. There was a deep desire from the team and the drivers to continue, it is a logical decision to extend our relationship for the season to come. Both Nick and Mathias demonstrated strong pace and experienced positive results with the team. We extended Nicolas Prost’s contract at the end of last season, so half of our drivers for this year are now confirmed.”

The team will have to cover for the loss of Neel Jani who has gone to Porsche following a storming 2013 which saw him win the 12 Hours of Sebring as well as victories in the WEC LMP1 privateers category.

Heidfeld though, who will take part in his first full season, is confident Rebellion will be just as strong: “It is great to continue with Rebellion Racing in 2014 after we enjoyed two successful seasons together by having won most of the races in the privateers LMP1, won twice the FIA Endurance Trophy for LMP1 Teams, finishing fourth overall at Le Mans in 2012 and being the outright winner in the ALMS Petit Le Mans last year. I look forward to my first full season in the FIA World Endurance Championship. It will be a true challenge for everyone involved with the all new Rebellion R-One cars, new regulations and new competitors.”