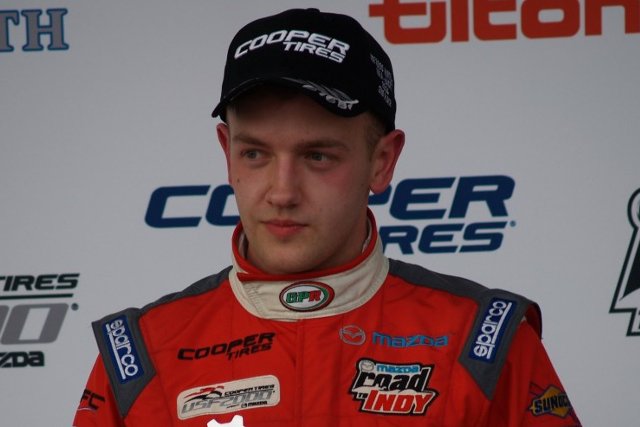 Cooper Tires USF2000 Championship front-runner Michael Epps has been forced to withdraw from his 2014 campaign in the USA after encountering visa issues.

The former Protyre Formula Renault racer headed into the 2014 main USF2000 championship as one of the favourites for the title after following up a strong maiden season in 2013 with a pair of race wins en-route to second overall in the pre-season ‘Winterfest’ Championship.

The 22 year old, who was set to compete with Belardi Auto Racing, hit problems entering the USA in March ahead of the first two rounds of the season in St. Petersburg, a meeting he was subsequently forced to miss.

Since then, he’s been working hard to re-obtain his visa ahead of the third and fourth rounds of the season this weekend at Barber Motorsports Park, but has been unsuccessful.

Epps will now not be competing in any other races in the USA in 2014, and is now considering his future career options for 2014 and beyond.

“I’m disappointed with the way this has all unfolded,” Epps explained on his official website. “It all cropped up so last minute, there just wasn’t enough time to sort it out. After missing the first two races, I found out how long the whole process was going to take and I knew it was over for the year.

“The last six weeks have been unusual and strenuous. My family, team and I have worked so hard trying to sort this all out, and to have failed after such effort is a real shame. I would like to thank all my partners, sponsors and supporters for their help and involvement in this season so far.

“I’m sorry to everyone that we couldn’t make it happen this year, but I’m keeping my head up and focusing hard on the future.”