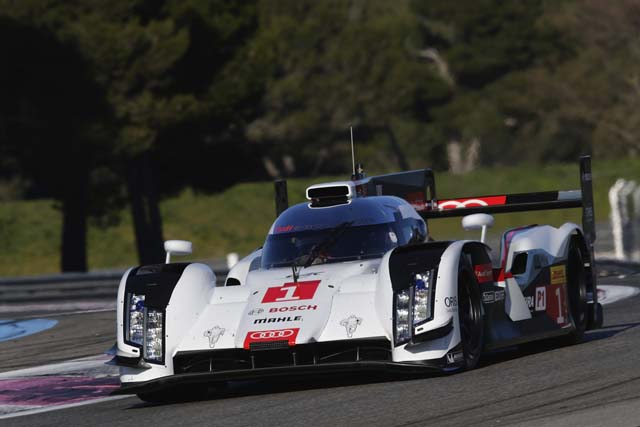 Audi had to overcome the strictest safety rules and build one of the most complex racing cars in its 15 year Le Mans prototype programme ahead of the 2014 season.

The first major challenge for the design engineers was the drop in weight from 915 to 870kg while at the same time new technical regulations called for completely new solutions that lead to an increase in weight. An example of this lies in the placing of Zylon side panels to protect drivers from lateral impact. There was also a complete redesign of the monocoque in order to withstand the higher test loads specified for 2014.

When put together, the total for all the new measures “corresponds to an additional weight of more than 20 kilograms,” according to Head of Technology at Audi Sport, Dr. Martin Muehlmeier. This forced the engineers to make the new machine even lighter than before in order to compensate for the additional weight.

To combat this, Audi has increased the amount of CFRP content in its cars, such as the steering wheel column, which is manufactured from CFRP for the first time. However, certain areas are prohibited from using the material, such as the wheel suspension elements, which the regulations state must be made of metallic materials.

Despite all the challenges, Audi has still managed to bring the car down to a weight of 870kg, making it their safest, lightest and most efficient model in the team’s sports prototype history.