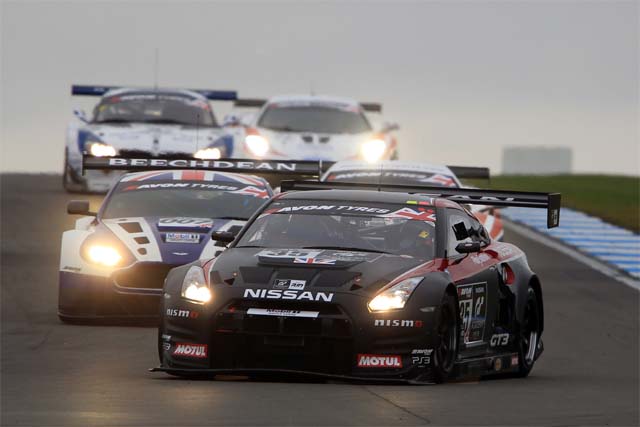 Nissan‘s season well and truly kicks off this Easter weekend (19-20 April), with three championships getting underway at simultaneous events at Silverstone and Oulton Park.

Silverstone plays host to the opening rounds of the FIA World Endurance Championship and the European Le Mans Series, where the LMP2 classes in both championships are dominated by the NISMO-tuned Nissan VK45DE powerplant. Every WEC LMP2 entry uses the engine, while nine of the 12 ELMS LMP2 entries are powered by Nissan.

While the two races will hold a lot of importance to the teams in terms of their respective championships, they will also serve as an opportunity to see how their cars are running in preparation for June’s 24 Hours of Le Mans. Nissan power will be used in 14 of the 17 LMP2 entries at Le Mans, while the Nissan ZEOD RC will also debut at the twice-round-the-clock race.

Meanwhile at Oulton Park, the British GT Championship gets underway, with Nissan represented in the form of the Nissan GT-R NISMO GT3 run by Nissan GT Academy Team RJN. The #80 GT-R will be the focus of a lot of attention at Oulton Park, with Olympic champion Sir Chris Hoy racing alongside Alex Buncombe as he starts on his road to his ultimate goal – the Le Mans 24 Hours.

“We had a great year in British GT in 2012 and came very close to winning the championship,” said Buncombe. “The GT-R has taken a big step forward since 2012 so we should be in with a good shot this year. I tested with Chris recently and I was impressed with his pace. He listens to me and is willing to learn so I think we are going to make a really good team. I hope we can deliver some top results this year.”

Also representing Nissan at the British GT Championship will be the Juke-R, returning as the series’ official pace car.