M-Sport gear up for Rally Sweden 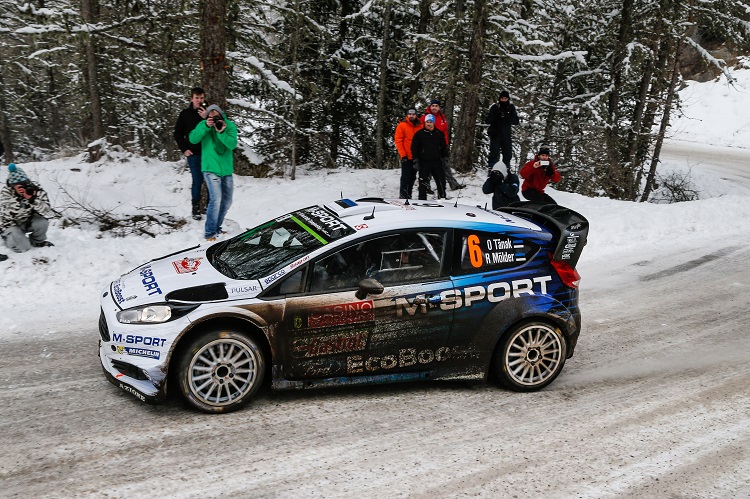 M-Sport World Rally Team approach the second round of the 2015 FIA World Rally Championship, Rally Sweden, on the back of an impressive performance on the opening event in Monte Carlo. M-Sport drivers Elfyn Evans and Ott Tanak will be looking to carry the good pace they showed on round 1 into the snowy forests of Sweden.

Despite the speed shown in Monte Carlo both drivers come into this specialised event with a distinct lack of experience compared to some of their rivals.

Evans competed once on the Nordic rally making his first appearance last year. The Welsh driver was on for a top ten finish but retired on the final stage.

“There’s something of a score to settle after last year and I really want to finish this event.” said Evans, “We made a fairly solid start 12 months ago, but there was a lot of scope for improvement. Our priority will be to ensure that we show that improvement and do the best job we can.”

Tanak had better fortunes in 2014 finishing an impressive 5th. The Estonian also competed on the Swedish event in 2012 but retired with engine problems.

“We aim to have a clean, fast run and to most importantly enjoy it.” said Tanak. “The conditions look really nice at the moment so I hope that it stays like this. I think the key is to have a good test and get a good feeling before the rally. If we can be relaxed and get into a good rhythm early on then it could be a good event for us.”

Rally Sweden is the only snow event on the WRC calendar and gets underway on February.

By Daniel Lawrence
3 Mins read
Oliver Solberg had a great weekend as he claimed his first rally win aboard a Hyundai i20 WRC car and declares entry in the Safari Rally Kenya (24-27 June).
FIA World Rally Championship

By Daniel Lawrence
3 Mins read
It will be all smiles at Toyota Gazoo Racing following a 1-2 led by Sébastien Ogier at Rally Italia Sardegna.
FIA World Rally Championship

By Daniel Lawrence
1 Mins read
Former European Rally Champion Sobieslaw Zasada will become the oldest ever entrant to the WRC at the age of 91 when he competes at Safari Rally Kenya.