Felipe Massa was quickest for Williams Martini Racing on the opening day of the final pre-season test at the Circuit de Catalunya.

The Brazilian set a time of 1m23.500s, the fastest time seen during testing so far, during a qualifying-style simulation during the afternoon session to get ahead of morning pacesetter Lewis Hamilton.

Hamilton’s time was also eclipsed by the Sauber of Marcus Ericsson, who completed a day-high 122 laps and finished second fastest, making up for lost time after the team suffered some mechanical issues in the previous test last week.

Hamilton’s Mercedes-AMG PETRONAS was not seen again after lunch, so the Briton was not able to improve on his medium-tyre run. The car was forced to remain in the pit lane with a MGU-K failure.

Fourth fastest was Infiniti Red Bull Racing’s Daniil Kvyat, who caused an early red flag period when he stopped in pit exit with barely ten minutes on the clock, but the team recovered quickly to run 75 laps.

Another driver to complete 75 laps was Romain Grosjean for the Lotus F1 Team. The pacesetter from the previous test last week finished just ahead of Scuderia Ferrari driver and former team-mate Kimi Raikkonen.

Seventh placed Carlos Sainz Jr, who’s Scuderia Toro Rosso stopped at turn ten during the afternoon session, caused the only other red flag period of the day. He still managed to complete 86 laps in a completely redesigned STR10.

Unfortunately for eighth placed Jenson Button, the Briton only completed seven laps on another miserable day for the McLaren-Honda team, before a hydraulics issue curtailed their day early.

Sahara Force India were absent from the opening day of the test, but revealed their VJM08 was on its way to Barcelona, and should hopefully get on track something during the afternoon session on Friday. 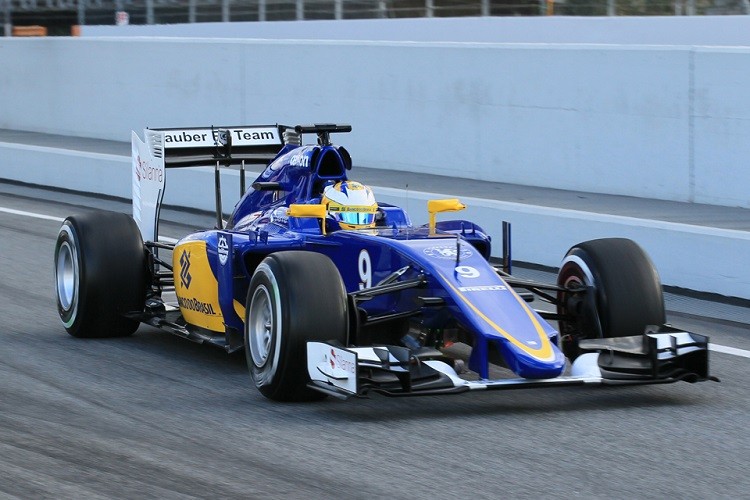