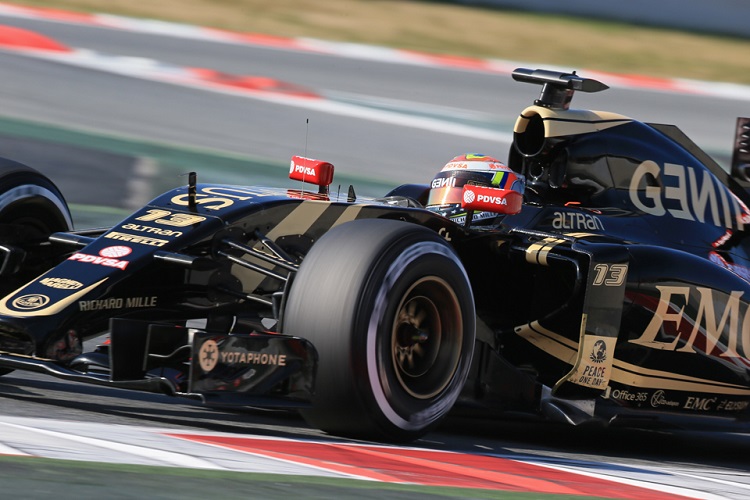 Pastor Maldonado used the Soft Pirelli tyre to good effect to post the fastest time on the opening day of the second pre-season Formula 1 test at the Circuit de Catalunya in Spain.

But the biggest talking point of the opening day was a collision between the Williams Martini Racing machine of Susie Wolff and Sauber F1 Team driver Felipe Nasr that caused a long stoppage and significant damage to both cars.

Wolff, on an out-lap, and Nasr came together heading into turn five, when the Williams’ left front and the Sauber’s right-rear came together, sending Nasr spinning into the barriers. Both car’s were brought back to the pit lane on the back of trucks, and both sets of mechanics got to work to enable both to return to the action late in the day.

Lotus F1 Team driver Maldonado set a best time late of 1m25.011s in the afternoon session to beat long-time pace setter Kimi Raikkonen of Scuderia Ferrari by just 0.156s, but the Venezuelan’s day was not without issues however when he caused two early red flag periods when he stopped out on track.

Daniel Ricciardo was another to run the soft tyre late in the day and ended up third quickest for Infiniti Red Bull Racing, just over half a second adrift of Maldonado’s time.

Sergio Perez, who wasn’t originally scheduled to test on Thursday, ended the day fourth fastest for Sahara Force India, who was using their 2014 car the VJM07. He came into replace Pascal Wehrlein during the afternoon session after the German was summoned back to his primary team Mercedes to replace an ill Lewis Hamilton.

Nasr ended the day fifth for Sauber, ahead of Dutch teenager Max Verstappen, who ran the most laps of any driver on the opening day at 94 for Scuderia Toro Rosso.

Jenson Button was seventh quickest for McLaren-Honda, but once again saw limited running when he was forced to stop after just twenty-one laps with an engine issue.

Wehrlein ended the day with the eighth and ninth best times, with his Force India time of 1m28.329s ending just 0.160s faster than his Mercedes time. Wolff ended the day tenth for Williams ahead of Hamilton, who only ran eleven laps before being taken ill. 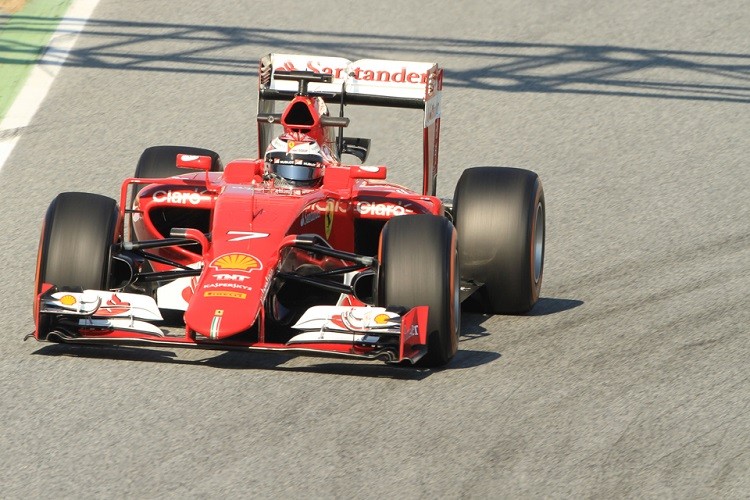