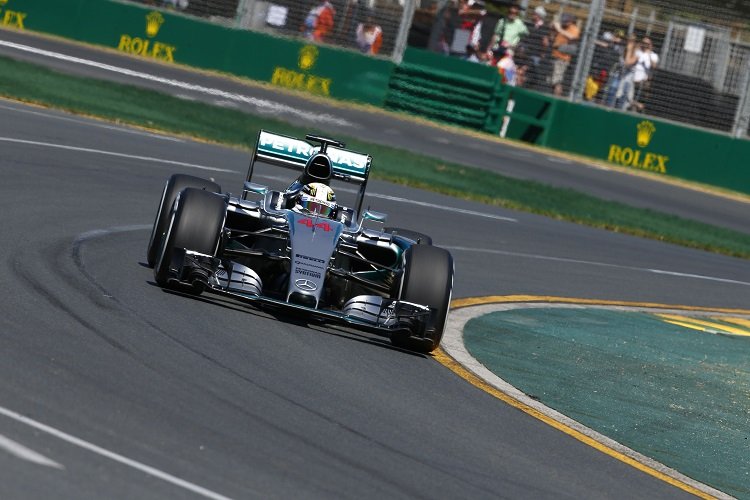 Lewis Hamilton took his 39th career pole position and his fourth in Australia as he led a dominant Mercedes-AMG PETRONAS one-two in qualifying.

The reigning World Champion set an initial pace of 1m26.419s early in the final part of qualifying to prove just how far ahead the team are compared to their rivals, only to then improve further to a 1m26.327s in the latter stages.

He will be joined on the front row by team-mate Nico Rosberg, who had a scruffy final part of qualifying, running off track and aborting his first run and then finishing 0.594s slower with his second run.

Felipe Massa will line up third on the grid in the leading Williams Martini Racing entry, his best ever qualifying effort at the Albert Park circuit, just ahead of the Scuderia Ferrari duo of Sebastian Vettel and Kimi Raikkonen. Just 0.072s covered Massa, Vettel and Raikkonen at the end of the session.

Valtteri Bottas will start sixth in the second Williams, but like Rosberg had a very scruffy final session. He aborted his first run after running wide at both turns one and three, and then made a mistake coming out of the final corner on his second run that possibly cost him the chance of a second row start.

Daniel Ricciardo put his Infiniti Red Bull Racing machine into seventh after a tricky weekend so far for the Australian driver, having seen his RB11 run minimal laps due to various technical issues.

Carlos Sainz Jr will start his debut race from eighth position for Scuderia Toro Rosso, just ahead of the Lotus F1 Team duo of Romain Grosjean and Pastor Maldonado, who both made it safely through into Q3.

Felipe Nasr will start eleventh for the Sauber F1 Team after a stellar effort during the second part of qualifying, with the Brazilian managing to out-qualify the second Toro Rosso of Max Verstappen, who made a mistake on his final Q2 lap that cost him the chance to join team-mate Sainz in Q3.

The Red Bull of Daniil Kvyat, who was suffering with wiring loom issues having sat out most of free practice in the morning, was unable to make it out of Q2, finishing down in thirteenth position, just ahead of Nico Hulkenberg and Sergio Perez of the Sahara Force India team, who were fourteenth and fifteenth, separated by just 0.001s.

Marcus Ericsson was the first of those to be eliminated after the first part of qualifying, with the Sauber driver just ahead of the two McLaren-Honda’s of Jenson Button and Kevin Magnussen, who both lacked pace to challenge those ahead of them.

The Manor F1 Team once again failed to appear, meaning neither Will Stevens nor Roberto Merhi will be allowed to race on Sunday. The team will now need to regroup and hopefully come back strongly in Malaysia in two weeks time. 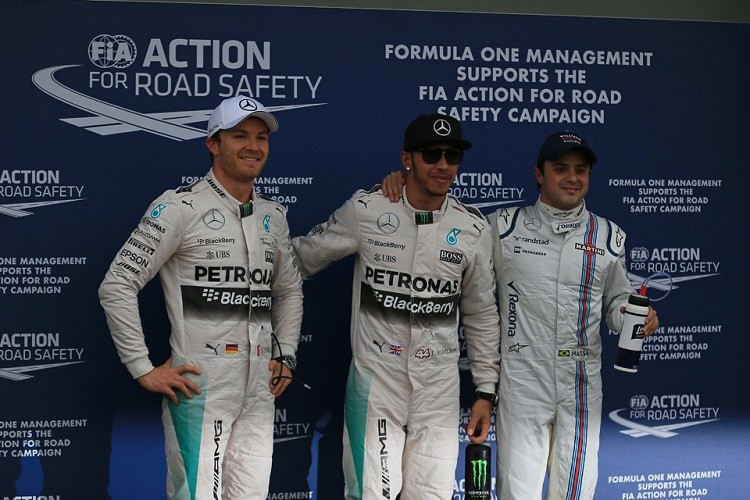