Kimi Raikkonen: “I’m sure we can improve for tomorrow” 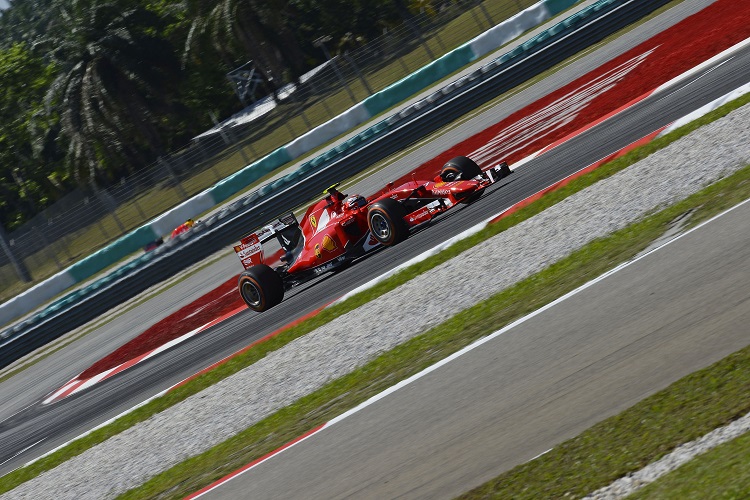 It was a positive day in the sun of Sepang for the Scuderia Ferrari team, with the team proving once more that they have come on leaps and bounds from their performance levels of 2014, with Kimi Raikkonen finishing second in both free practice sessions, while Sebastian Vettel was third in FP1 before finishing seventh in FP2 following a spin.

Raikkonen still believes there is time to be found with the Ferrari, insisting that the lap times were not too bad despite having a car that did not handle perfectly in the hot and humid conditions in Malaysia. He is hoping for a strong Saturday, especially in qualifying.

“Today we did all we were supposed to do,” said Raikkonen. “In the morning the feeling with the car was better, in the afternoon was a bit more tricky, we had some handling issues and some problems with the wind and the heat, but the lap time were not so bad.

“Unluckily we had red flag when we went out with new softer tyres. The car is still not perfect, but I’m sure we can improve for tomorrow. We have some work to do on the set up to make everything easier, but we’ll do our best and we’ll see where we end up in qualifying”.

Team-mate Vettel felt it was a good day for the team in Malaysia, but ultimately was disappointed with himself for the spin that cost him the chance of setting a more reflective lap time on the Medium Pirelli tyres.

“All in all it was a decent day,” revealed Vettel. “It was quite hot and slippery, which makes it difficult for the cars to work with the tyres.

“I am not entirely happy with myself, I was pushing too much, but it didn’t work out in the end and I spun. But if you have to choose a day where you want to try things, you choose the Friday.

“It will be close between us and Williams, and probably Red Bull as well. Mercedes didn’t have a clean day but is still very strong. But we have to look now after ourselves”.

By Paolo Iantosca
3 Mins read
The Checkered Flag looks back at the 2020 Formula 1 season of the McLaren F1 Team.
Extreme EFormula 1