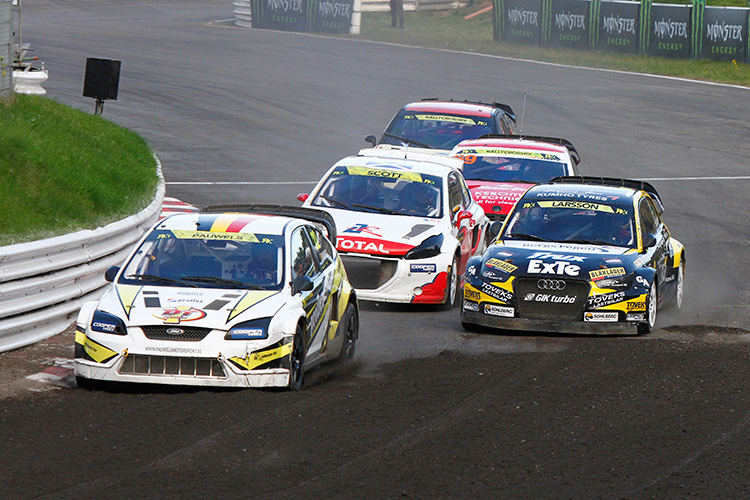 Pauwels announced his intention to compete in WorldRX on his website earlier in March where he also confirmed he would be driving a Mk3 Ford Focus Supercar during the 2015 season.

Speaking to RX-Inside.be, the Belgian driver made his current plans clear “Due to logistic problems we are not able to run in Portugal. For us it is not possible to get in time in Hockenheim if we would drive in Montalegre. In Germany we will drive with our Focus Mk2. The Mk3 will probably be ready for Mettet I hope, or latest for Buxtehude. At this moment we entered for 6 races in WorldRX. We will have to wait and see how everything works out, but i’m confident to do a lot more races!”

Pauwels took part in selected rounds of the 2014 FIA Rallycross Championship using his Mk2 Ford Focus, where he took a best finish of 6th position in the season opener at Montalegre in Portugal after being elevated into the Supercar Final after Andy Scott suffered a mechanical issue which meant he was unable to continue.

Pauwels will face stiff opposition at Hockenheim for Round 2 or this years WorldRX as JRM Racing recently confirmed they will run both of their Mini ClubmanRX Supercars with American drivers Dave Mirra and Danny Way making their WorldRX debut whilst Tanner Foust joins Marklund Motorsport for the first of his selected 2015  WorldRX programme, piloting a VW Polo.

The Hockenheim round of the 2015 FIA World Rallycross Championship takes place on 1 May, which is the same weekend as the DTM, producing a unique double header event.