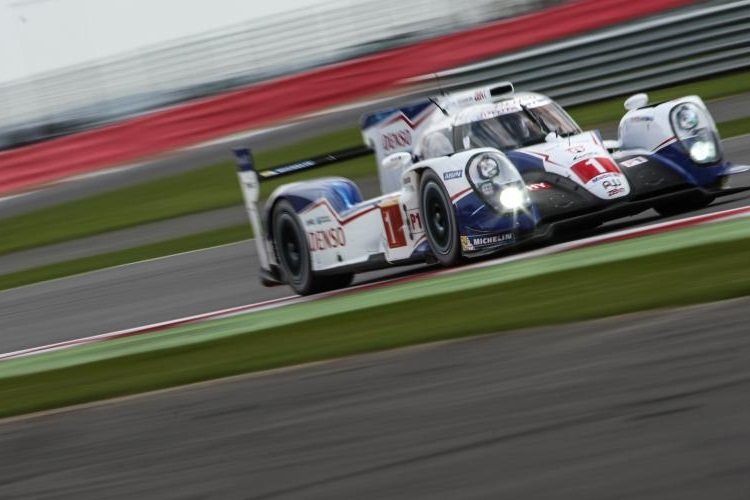 Toyota Racing started the 2015 FIA World Endurance Championship season-opener at Silverstone strongly on Sunday with the #1 TS040 Hybrid finishing 3rd and the #2 car coming home in 4th. Unfortunately for the Japanese outfit, they couldn’t match their result from the 2014 race in which a one-two finish helped pave the way for a World Championship win.

Finishing third was the #1 car of Anthony Davidson, Sébastien Buemi and Kazuki Nakajima, completing the 6 hour race 14.816 seconds behind the winning Audi.

“This is never a circuit which plays to the strengths of our car and we usually struggle a bit here” claims Anthony Davidson, who won the Richard Lloyd trophy for best-performing member of the BRDC at the event. “Last year’s one-two was helped a bit by the weather. Hopefully as we get to circuits where tyre wear is a bigger factor that will play to our strengths.”

The #2 car finished fourth, and was piloted by Alex Wurz, Stéphane Sarrazin and Mike Conway.

By using different strategies to their rivals, the Toyotas were one-two for a short time. Davidson, however, conceded the lead to the #7 Audi. As Nakajima and Sarrazin took to the wheel, the #7 Audi gained a large lead. Nakajima challenged the #18 Porsche to 2nd place but ultimately lost out, with Sarrazin behind. The final stints were driven by Buemi and Wurz, but positions remained the same.

Team President Toshio Sato said: “I was very impressed to see the exciting battle between the three LMP1 manufacturers. The lead three cars, one from each manufacturer, were running very close all the way to the end. It was really a six-hour sprint race which is great for the fans.

“Congratulations to Audi who performed very well today. We pushed as hard as we could and it was close. It would have been nice to win the race, of course, but our competition has improved a lot over the winter and now we have a real fight. We are ready for this challenge and we will come back strong in Spa, I am sure.

The next round of the FIA WEC will be another 6 hour race held at Spa-Francorchamps in Belgium on 2 May.