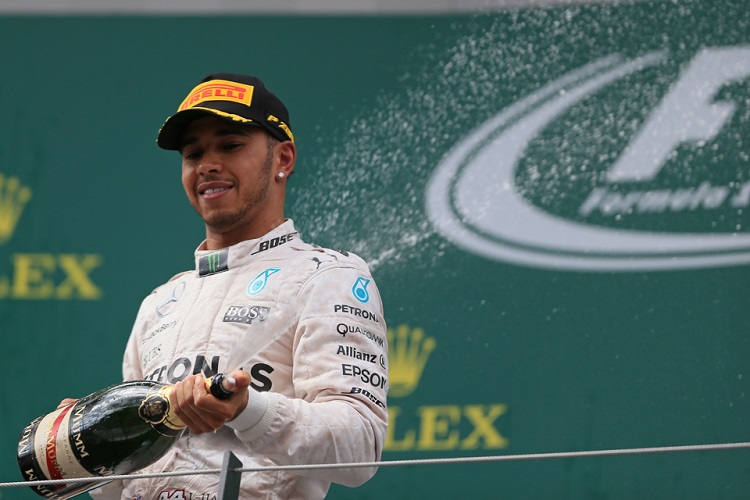 Lewis Hamilton admitted team-mate Nico Rosberg deserved to take victory in the Austrian Grand Prix on Sunday, after the German out-dragged the reigning World Champion off the line to lead into the first corner.

Hamilton, who was also handed a five-second time penalty during the race for crossing the pit exit line after his pit stop, felt his Mercedes AMG PETRONAS driver was the better driver on the day, and in the second half of the race at the Red Bull Ring it was just a case of bringing his car home to secure a good haul of points and another podium finish.

“It was a pretty straightforward race,” revealed Hamilton. “I didn’t have the best start. I had a problem with the revs in that, when I came off the throttle, the revs stayed up. So, when I dropped the clutch, I had too much wheel spin and lost ground. That’s something we’ll look at after the race.

“Then, I was keeping up with Nico in the first stint – but in the second phase he just had better pace. At the end it was just about bringing it home – but Nico deserved the win so congratulations to him.”