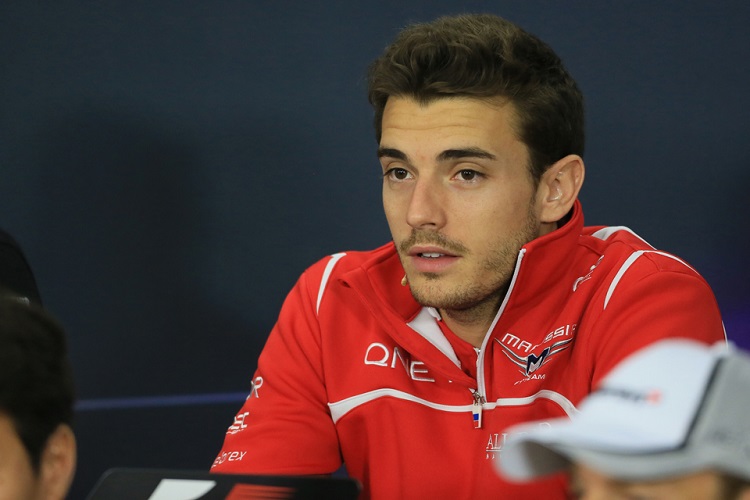 The family of Jules Bianchi have announced the sad news that the young Frenchman has died in a Nice hospital, nine months on from his horror crash in Japan.

Bianchi had been in a coma since that fateful day in October 2014, having suffered a diffuse axonal injury after his Marussia collided with a recovery vehicle that was recovering Adrian Sutil’s crashed Sauber.

Initial hopes of a recover soon faded when Bianchi’s father Philippe admitted that their hopes of Jules making a recover were fading, and it was announced that the popular Frenchman died in the early hours of Saturday morning.

“It is with deep sadness that the parents of Jules Bianchi, Philippe and Christine, his brother Tom and sister Melanie, wish to make it known that Jules passed away last night at the Centre Hospitalier Universitaire (CHU) in Nice, (France) where he was admitted following the accident of 5th October 2014 at Suzuka Circuit during the Japanese Formula 1 Grand Prix,” read a statement from the Bianchi family.

“Jules fought right to the very end, as he always did, but today his battle came to an end. The pain we feel is immense and indescribable.

“We wish to thank the medical staff at Nice’s CHU who looked after him with love and dedication.

“We also thank the staff of the General Medical Center in the Mie Prefecture (Japan) who looked after Jules immediately after the accident, as well as all the other doctors who have been involved with his care over the past months.

“Furthermore, we thank Jules’ colleagues, friends, fans and everyone who has demonstrated their affection for him over these past months, which gave us great strength and helped us deal with such difficult times.

“Listening to and reading the many messages made us realise just how much Jules had touched the hearts and minds of so many people all over the world.

“We would like to ask that our privacy is respected during this difficult time, while we try to come to terms with the loss of Jules.”

Bianchi was a member of the Ferrari Driver Academy and had been earmarked for a possible future role within Ferrari, and had been participating in his second season of Formula 1 with the Marussia F1 Team at the time of his accident.

He will be remembered for scoring Marussia’s first and only Formula 1 points when he finished ninth during the 2014 Monaco Grand Prix.

The Checkered Flag wishes our heartfelt condolences to Jules Bianchi’s family and friends, and to everyone at the Manor Marussia Formula 1 team and the motorsport community at this extremely sad time.

"We were unfortunate and deserved better" - Williams' Dave Robson

By Nick Golding
1 Mins read
Williams Racing suffered a horrible end to the Qatar Grand Prix with both drivers suffering from late punctures. The team now look ahead to the final two races of the season.
Formula 1

By Nick Golding
2 Mins read
George Russell and Nicholas Latifi suffered a nightmare end to the Qatar Grand Prix, with both drivers suffering from sudden punctures at the Losail International Circuit.
Formula 1

"We were in the mix" - Haas's Guenther Steiner

By Nick Golding
1 Mins read
Guenther Steiner enjoyed seeing his team in the mix at the Qatar Grand Prix, after a promising race amongst the Williams and Alfa Romeo duos.