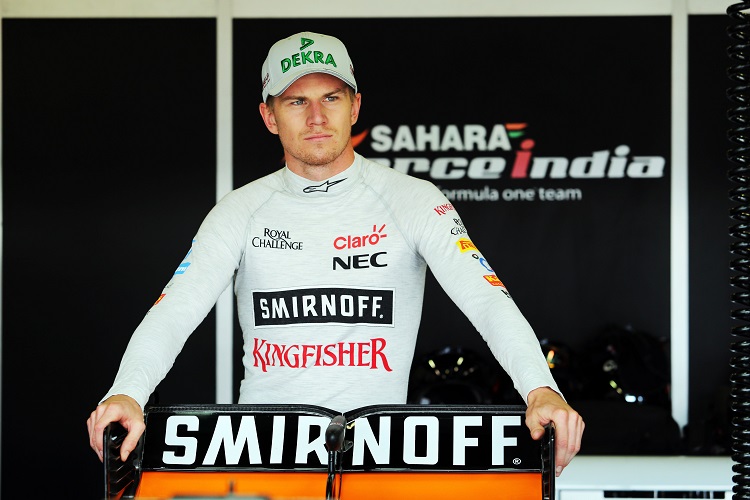 Nico Hulkenberg has struck a rich vein of form over the recent races, with strong drivers in both Austria and Great Britain bringing the popular German driver a good haul of points.

The Sahara Force India driver has happy memories of the Hungaroring, the setting for this weekend’s tenth round of the 2015 Formula 1 season, despite seeing his run of ten consecutive points scoring races a year ago ended with a spin into the final corner barriers.

“I’ve always had good memories of racing in Hungary, ever since I first raced there in 2009 in GP2,” revealed Hulkenberg. “It’s an unusual track with a tight and twisty layout. You have to find your rhythm because all the corners flow into each other and it’s easy to lose your momentum with just a small mistake.

“Away from the track it’s always a popular race with everyone in the paddock. The weather is usually hot and sunny, and the city is beautiful with lots of cool places to explore.”

Hulkenberg was pleased with the debut of the b-specification VJM08 at Silverstone three weeks ago, and is looking for the team to push on with their development so to further close the gap to those in front. He feels the good feeling from 2014 has returned, and feels the Hungaroring should suit the car this weekend.

“The last race at Silverstone was a lot of fun,” insisted Hulkenberg. “I’m very pleased with the b-spec update and happy with our performance across the whole weekend.

“After the first couple of laps in the new car I knew we had made a step in the right direction and I had a smile on my face. We obviously need to keep exploring our package, but it was satisfying to get a good result at the team’s home race.

“The engineers have spent the last couple of weeks digging deep into the data because we can’t afford to stand still. We need to keep pushing in this direction and getting more performance from the car.

“There’s a good feeling in the team and I think we can be competitive again this weekend. The low and medium-speed corners should suit us and the tyre choices are a bit softer than Silverstone, which should help us.”