Müller Does it Again As Eng Unravels in Race One 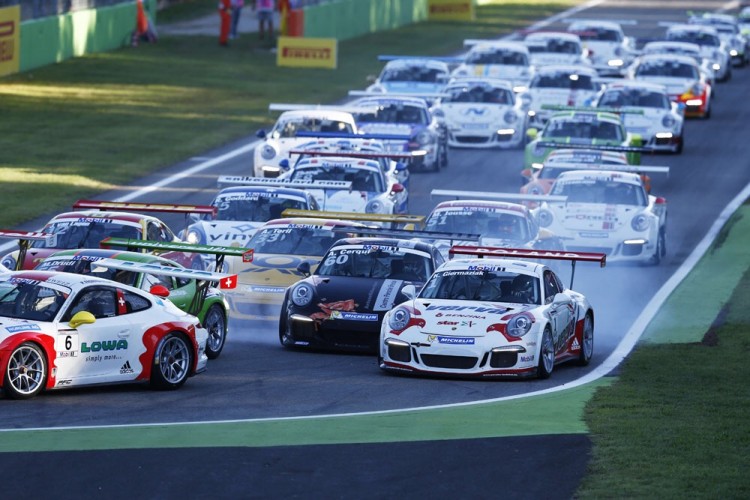 Sven Müller has propelled himself into the Porsche Mobil1 Supercup title race as he claimed a third victory in Saturday’s Monza encounter.

Despite starting third, the Porsche Junior drove a mature race after a decent, if not stunning, start. Meanwhile, Matteo Cairoli of Team Project 1, had stolen the lead from second on the grid, only to be halted by an early safety car after barely a lap’s competition.

Following the restart, Müller blasted past his Lechner Racing Middle East teammate, pole position holder Michael Ammermüller and set off after Cairoli. Behind, the thirty nine strong field, boosted by an unusually high influx of guest entries, snaked through the famous parkland in a sonorous Porsche spectacle.

Cairoli held on until lap ten, when Müller pounced to the lead. After a tremendous race, Müller, Cairoli and Ammermüller was the podium. The German, leading the Italian and another German.

By Vince Pettit
1 Mins read
Rain stops play in the opening day of the 2022 Emilia Romagna Grand Prix, forcing organisers to delay the practice session for the Porsche Mobil 1 Supercup.