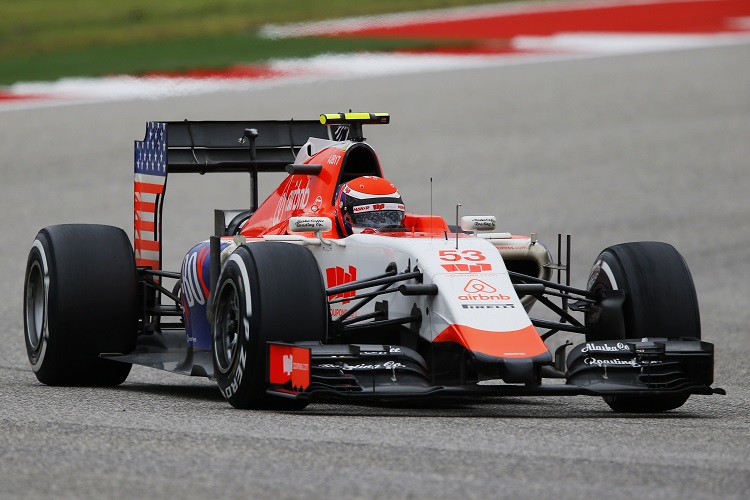 Alexander Rossi equalled his Manor F1 Team’s best result of the season so far with twelfth place at his home race at the Circuit of the Americas on Sunday, and admitted his pride at racing in front of his home crowd.

The American racer was close to the points towards the end of the Grand Prix due to the attrition rate during the race that saw eight drivers retire, but felt he did the best job he could, even if the race started with a collision between himself and his team-mate Will Stevens.

“It’s been a truly amazing week and to finish in 12th place today is incredibly exciting for me and the team,” said Rossi. “I’m so proud to race well here in front of my home crowd and to equal the team’s best performance of the season in only my third Grand Prix.

“The race did get off to a tricky start, which was a shame. There was a Williams driver in the mix, who had picked up some damage, and avoiding him put Will and me on the same piece of racetrack. Unfortunately we hit and I’m sorry for Will that the resulting damage ended his race.

“As for the positives, I had a good battle with [Felipe] Nasr for quite a few laps and then with the rate of attrition we were seeing, I think everyone perhaps started to feel that we were getting in touch with a points-scoring position.

“In the end, it wasn’t to be, but that doesn’t detract from what has been a fantastic day for me and I’m now looking to carry that momentum forward to Mexico, where we race in just a week’s time.

“I’d like to thank the Team and everyone who continues to support me in my career. I hope this is just the start of great things in Formula 1 for me.”