Celis Jr back with AVF for Formula 3.5 V8 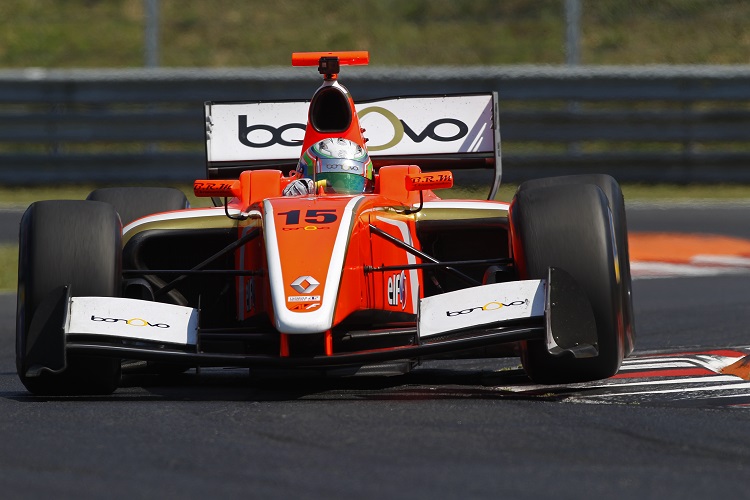 Alfonso Celis Jr has become the first driver to be confirmed for the first RPM Racing-run Formula 3.5 V8 season after signing for a second season with the Adrian Vallés-led AVF team.

The Mexican racer competed with the Spanish team in the Formula Renault 3.5 Series in 2015 and had a best finish of fourth at the Nurburgring, finishing sixteenth in the final championship standings, as well as running a secondary campaign in the GP3 Series with ART Grand Prix.

“AVF has been like a family for me this season,” said Celis Jr. “I really merged well with the team, and the car has been one of the best I’ve driven in my whole career.

“As I’m set for my second year in the championship, staying with Adrian felt like a logical and natural choice, as he really helped me a lot growing up as a driver.”

Team Principal Vallés admitted his delight at being able to retain Celis Jr for a second season, and hopes the Mexican can be a leading contender in 2016.

“I’m delighted to have Alfonso with us again for the 2016 season,” said Vallés. “In addition to the fact that he is a great driver, he showed he is a phenomenal guy.

“He perfectly integrated with the team and everybody works with him really well.

“We are also proud to be the first team to sign a driver for the new Formula 3.5 V8 championship, a series where we hope to be among the leading contenders next year.”