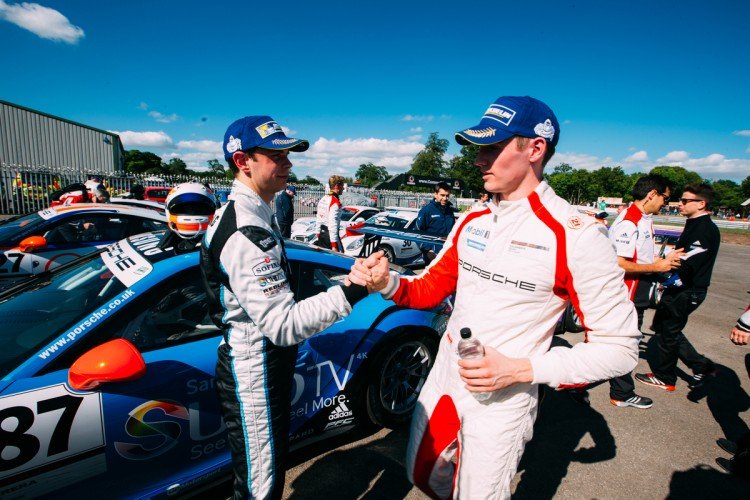 The four finalists who will fight to be awarded the 2016/2017 Porsche Carrera Cup GB scholarship have this week been revealed to the motor sport world.

Former Formula Ford GB racer Sam Brabham is arguably the stand-out name, his single-seater career cut short due to a lack of funding after an accident at Oulton Park last year. A BRDC Rising Star, Brabham has enjoyed success in the Indian MRF Challenge series. A return to the TOCA package would be most welcome.

Ashley Crossey will be a familiar name to fans of national single-seater racing, currently plying his trade in the MSVR F3 Cup. He also achieved notable success in Formula Renault BARC and domestic Formula Ford championships. A winner of the Castle Combe Formula Ford Carnival, Crossey is likely to steal attention no matter how he makes the transition to Porsche racing.

Charlie Eastwood is a former BRDC Formula 4 contender who suffered a disjointed 2015 Eurocup Formula Renault 2.0 Series campaign. Eastwood is a driver who has potential and will be hoping to demonstrate this as he bids to jump to a GT career. He definitely could spring a surprise in this company.

Hannah Pym is perhaps a dark horse amongst the finalists. Her circuit racing experience is limited and yet she has a glittering CV from Kart racing. Results come from British Cadet and the prestigious CIK FIA U18 World Championship karting series. Yet she has actually spent most of this season behind the wheel of a Type 991 Porsche GT3 Cup car and said experience may prove invaluable in this contest. DKM German Karting success is another string to her bow.

The quartet must now wait until October the 28th before the Silverstone based assessment day. The new Scholar will be confirmed at the end-of-season awards on November the 7th. One of the most prestigious prizes in British motor racing, all of the finalists are wished the best of luck.