Kimi Raikkonen: “We could have been a bit higher up” 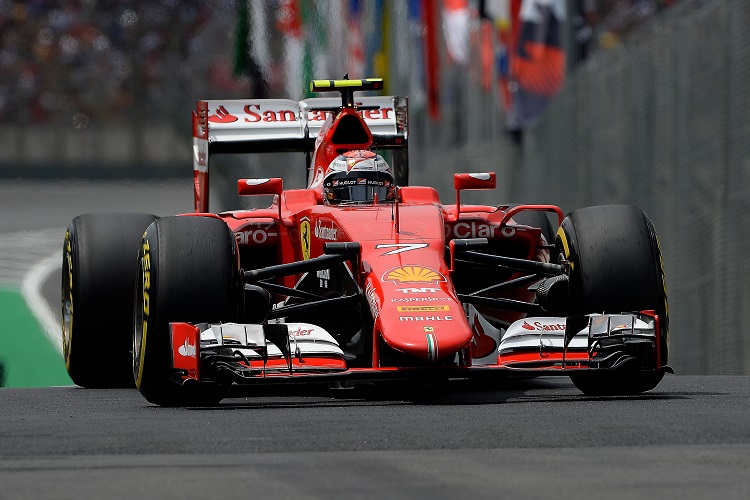 Kimi Raikkonen will line-up alongside team-mate Sebastian Vettel on the second row of the grid for the Brazilian Grand Prix on Sunday, and felt his performance during the qualifying session was reasonable even if he made a small mistake on his final quick lap that he felt cost him some time.

The Scuderia Ferrari driver initially qualified fifth in Interlagos, but a penalty for Valtteri Bottas promotes him to fourth, with the Finn hoping for a good start to propel himself into contention for a podium finish.

“I don’t think it’s ever going to be easy but you know, today it was not too bad,” reflected Raikkonen. “I went sideways in the last lap in turn 11 and this also affected the run into the last corner.

“So the end of my lap was not ideal and I lost time, but apart from that the car has been working well, so let’s see what we can do tomorrow, trying to make a good start and moving on from there.”

Raikkonen feels the balance of his Ferrari was good during qualifying, and hopes the historic unsettled weather at Interlagos works in the team’s favour on Sunday.

“The balance of the car was ok, it has been behaving pretty well, although obviously not fast enough for beating the Mercedes,” said Raikkonen. “For sure we could have been a bit higher up the time chart, but I think it was not too bad.

“I’ll start from fourth anyway tomorrow and maybe the weather will be different from today.”