Hirvonen to take on testing duties for Toyota WRC programme 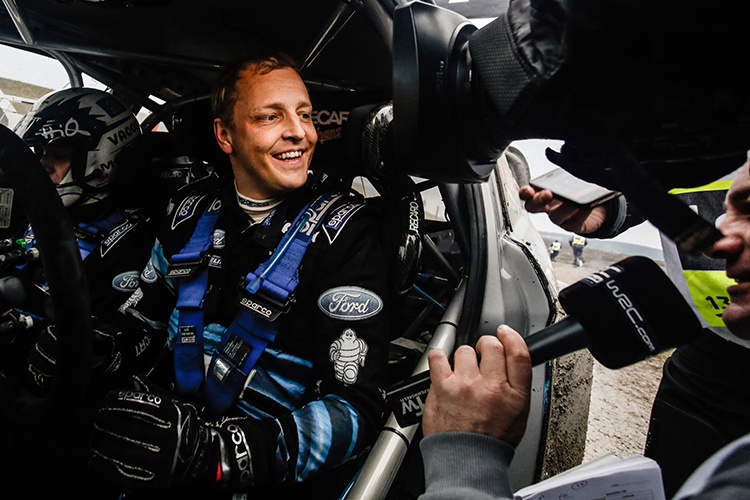 It is expected that Mikko Hirvonen will take on the testing role vacated by Eric Camilli for the upcoming Toyota World Rally Championship programme.

According to a report on Motorsport.com, the former works WRC driver will begin testing the 2017-spec Toyota Yaris in March for the Japanese manufacture.

Since his retirement from WRC at the end of the 2014 season Hirvonen has been taking part in a variety of historic rallies and more recently the 2016 Dakar Rally for the X-raid Mini team.

Former co-driver Jarmo Lehtinen is already part of the Toyota programme as a sporting director, leading many to speculate the the involvement of Hirvonen.

Camilli was previously tasked as the lead driver for the programme but with the move to the M-Sport team for 2016, he ended his association with Toyota.

Bryan Bouffier has also been brought on board as part of the programme along with former Hyundai driver Juho Hanninen.

While no drivers have been announced for the 2017 line-up it is believed that the Japanese marque has approached the likes of Sébastien Ogier and Jari-Matti Latvala.

By Pontus Lindroos
1 Mins read
Pontus Lindroos takes a look at where the current crop of WRC cars from Hyundai, Toyota and M-Sport Ford currently are around the world.
FIA World Rally Championship

By Pontus Lindroos
1 Mins read
Rumours are now circulating around Poland that Robert Kubica and Kajetan Kajetanowiz could form a new Polish WRC team in 2021.