Lewis Hamilton: “The car has been great so far” 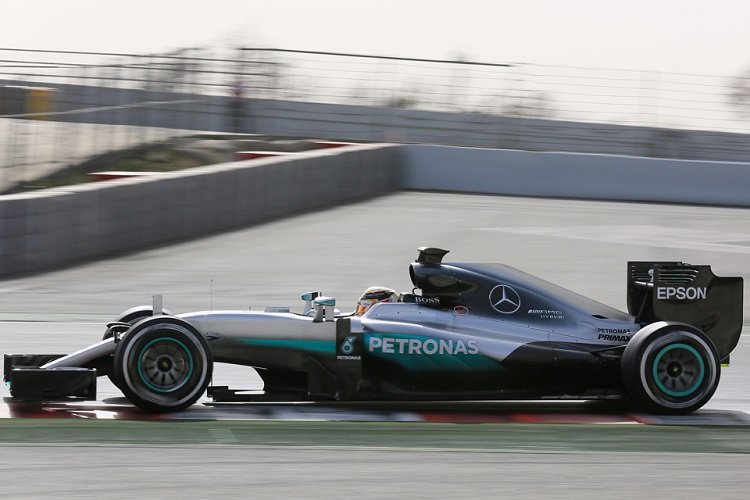 Lewis Hamilton was by far the busiest driver on the opening day of pre-season testing at the Circuit de Catalunya on Monday, with the Mercedes AMG PETRONAS driver racking up 156 untroubled laps.

The reigning Formula 1 World Champion admitted he felt comfortable in the car, and praised the team for being so reliable straight from the box with their new W07, with the Briton finishing second fastest to Sebastian Vettel.

“It’s good to be back,” said Hamilton. “It really had felt like a while – but now it feels like home already. I’m glad to see I can still drive!

“The car has been great so far. It’s very similar to last year’s – which is a good thing, as it gives us a great foundation to work from. The key is to get as much mileage as possible in the short time we now have for testing and we’ve made a fantastic start.

“The team has done an incredible job to get the car running the way it has – completing so many laps with no real problems. That’s seriously impressive on the first day, so fingers crossed it continues.

“The tyres feel a little different and we’ll work to understand them better in the coming days. Barcelona is one of the best circuits to test a new car, too. It’s got a wide range of corners and the weather’s always good, so overall it’s been the perfect way to kick off the year.”

Hamilton knows it is still early days in the pre-season testing schedule, but hopes for competition from the Ferrari team and from team-mate Nico Rosberg during 2016.

“Of course, it’s still early days,” said Hamilton. “It’s hard to say how the others look at this point and we won’t know how competitive we are until everyone really starts pushing. But we’re not looking too bad, that’s for sure.

“Every season you have to assume is going to be the toughest competition yet, so that’s how I’m approaching it. I hope the Ferraris are up there with me and Nico this year, as that would be exciting for the fans and exciting for me too.”

By James Thomas
3 Mins read
Free Practice One for the long-awaited Sakhir Grand Prix has officially concluded, and it was George Russell who was fastest on his Mercedes debut.
Formula 1Formula 2

By Paul Hensby
1 Mins read
Stoffel Vandoorne says not being chosen as Lewis Hamilton’s replacement for the Sakhir Grand Prix despite being the official reserve driver for Mercedes ‘hurts’.