Rio Haryanto: “It’s been an important week for me” 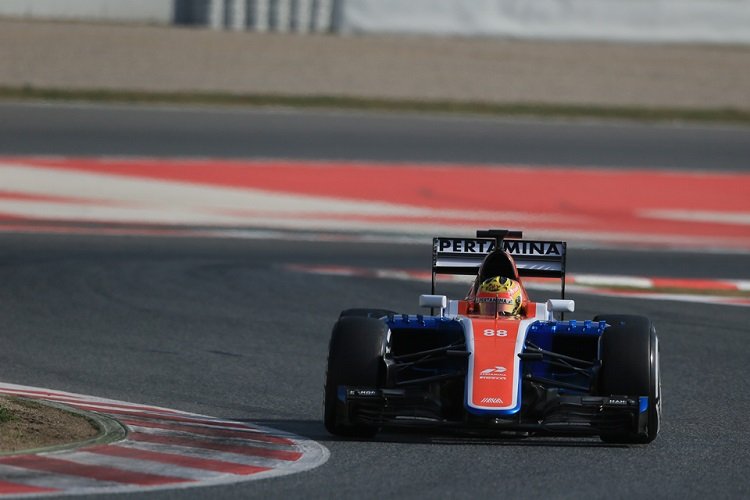 Rio Haryanto completed his second day of running at the Circuit de Catalunya on Thursday, running 51 laps in the Manor Racing MRT05, but ended his day early after crashing at turn five.

The first ever Indonesian Formula 1 racer set a best time of 1m28.266s during the day, and propped up the timesheets as a result, and has identified some areas he needs to improve on when he resumes testing next week.

“It’s been an important week for me and the team here in Barcelona and generally it’s gone well,” said Haryanto. “I’ve learned a lot about the new car and identified some areas for improvement, to make the second test even more positive for me.

“I did make a mistake this afternoon and the damage to the car could not be repaired quickly, so it’s a shame we didn’t complete our programme today. Generally though, we’ve achieved a lot of mileage and completed some good evaluation work.

“I’ve started to build a nice relationship with Manor Racing and also our Mercedes HPP and Williams team-mates, so my thanks to everyone for helping me make a good start to my debut F1 season. I’m looking forward to making more progress next week.”