In the final part of our countdown, we’ve chosen the top nine drivers from the BTCC support championships we feel you should be keeping an eye on over the course of the upcoming season.

If you missed them, part one of our countdown, from 25 to 19, can be read by clicking here, and part two is available here.

For those looking for a quick recap, here is the countdown so far:

So, on to number nine and the highest placed Ginetta Junior on the countdown …. 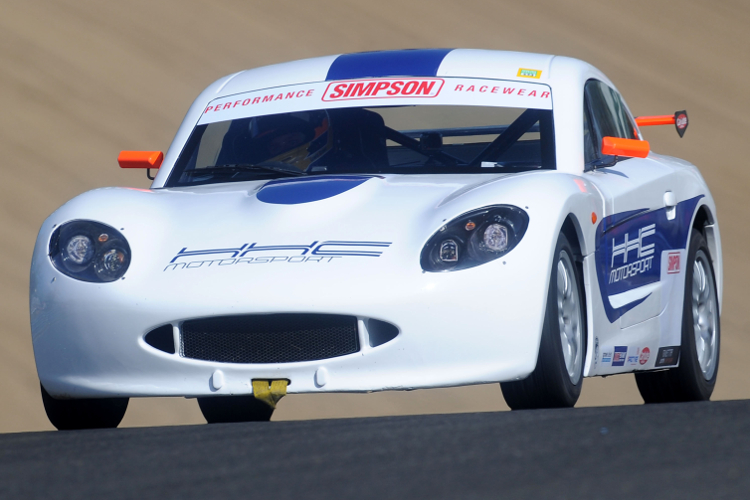 Brown comes back for his third Junior season as not only one of the most experienced drivers on the grid, but also as the highest placed returning driver from 2015, having produced four podium finishes and a run of ten consecutive top six finishes en-route to third in the final standings.

After being Mr Consistency last year, Brown will now be aiming to convert that pace into race wins and a championship challenge this time out, especially as he moves to HHC Motorsport to spearhead their title defence.

Caroline heads into 2016 with plenty of momentum. A superb ten wins in twenty races took him to the Ginetta Junior title last season, earning him continued backing from Pirtek and a prime slot with top outfit Jamun Racing this year.

It wasn’t the perfect title campaign for the 17 year old though and he’s keen to iron out the mistakes in his driving this year as he embarks on his first single-seater campaign. Lando Norris made the transition from Ginetta Junior star to MSA Formula champion, can Caroline do the same?

With the smallest team in the paddock, Sharp made huge strides forward during his maiden Porsche campaign last year and finished it in perfect style with a maiden win at Brands Hatch and the coveted Rookie Class title.

Sharp now returns with his family-run IDL Racing team looking to become a permanent fixture at the head of the field. If he can convert his almost unrivalled top six consistency from last season into regular podiums and wins this time out, he could well emerge as a title contender.

After producing his strongest Clio Cup campaign to date last season with twelve podium finishes keeping him in contention at the top of the standings until the season finale, Whorton-Eales will expect nothing less than another championship charge this time out.

The 21 year old enters his fifth full Clio season with his fourth different team after making the switch to JamSport, and he’ll hope he can use all his speed and experience to turn them into pace-setters and finally take a long-awaited title.

Orton heads into his fifth full Supercup season with title success his firm target following his best ever campaign last season, when fifteen podium finishes including five wins saw him finish up in the championship top three.

There’s change once again for Orton heading into the new season as he mounts his challenge with a new team to the series, but with the experienced engineer Alan Mugglestone working on the car, there is no doubt he’ll have the tools required to be a title contender again.

Fielding returns to the MSA Formula grid with unfinished business after seeing mechanical problems blight his 2015 campaign, which saw his clear pace with three race wins go largely unrewarded as he battled to fourth in the standings.

A previous race-winner in BRDC F4, Italian F4 and Ginetta Juniors as well, Fielding’s potential is clear to see and if luck can turn in his favour with a reliable race car, there’s no doubt that he should be a presence in the championship fight.

Oliphant made himself an established name on the TOCA package last season with his classy run to the Ginetta GT4 Supercup title, showing remarkable consistency and composure as he picked up 26 top four finishes in 27 races.

For 2016, the 25 year old heads to Porsches ready to make an immediate impact with reigning champions Redline, and should he adapt to the car quickly, he’s more than capable of beating the established names and challenging for the title at the first attempt.

Bushell’s return to the Clio Cup was one of the biggest surprises of the winter, shaking up the paddock as he reunites with the all-conquering Team Pyro, who took him to the 2014 title before he stepped up to the BTCC last year.

With three years of Clio Cup experience under his belt, it will be widely expected that Bushell will be straight back at the sharp end from the off this season, and he’ll certainly be one to watch as he looks to enter the record books as only the second ever two-time series champion.

Can anyone stop Dan Cammish? That’s the question heading into 2016 as the 26 year old returns to defend his Carrera Cup title, having proved untouchable last season as he finished in the top two in every race of the season, notching up eleven race wins.

With lightning pace, remarkable consistency and no signs of pressure in his driving, plus a stunning track record of 44 podiums in his last 45 BTCC support races, all signs point to another dominant campaign for Cammish this year with the Redline squad.

What do you make of our countdown of the 25 BTCC support stars to watch in 2015? Do you agree with our #1? Is there someone you think deserves to be in the top 25?