Cammish on Top, Six Stun in Round Two 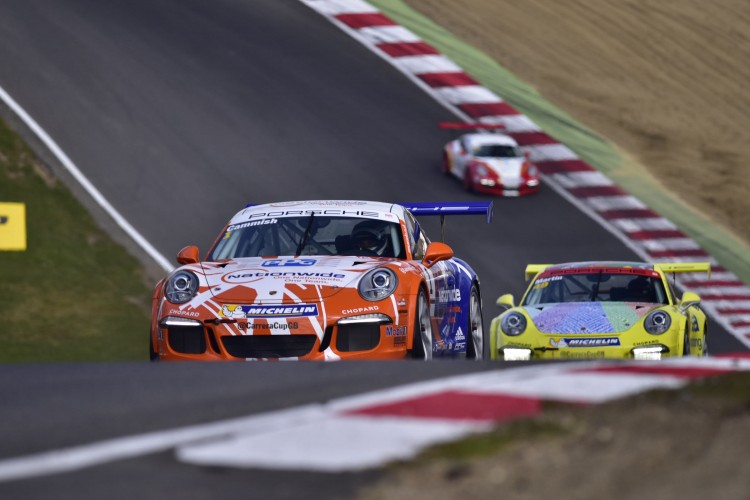 GT Marques man Dino Zamparelli lacked a touch of pace in the second encounter but was able to gap the rest of the field, to whom we will return.

The stars of the show. This sextet were the pivotal players in one of the most engaging and dramatic Porsche tussles in many a year. Swapping positions and running in a line race long, through traffic, the twists and turns of the Brands Hatch Indy circuit. Exemplary driving and drama, with one victim. Barrie Baxter (Pro-Am2) was fired off the road after a mis-understanding between his Redline machine and Jelley. Otherwise the epitome of why people enjoy motor racing.

Onwards the circus heads to Silverstone, the Grand Prix circuit and the World Endurance Championship support slot. There is a little bit of tension in the paddock currently, that needs to dissipate swiftly. Currently we have the prospect of one the most engaging and thrilling TOCA support line-ups in recent history. Bad feeling needn’t spoil that, as race two’s super six proved.

Plato back on the Porsche Carrera Cup GB grid for 2021

By Vince Pettit
1 Mins read
After impressing in the season finale with Team Redline Racing, former Lamborghini champion Jake Rattenbury is back for a full season in Carrera Cup GB.