F1 teams unite to save Qualifying 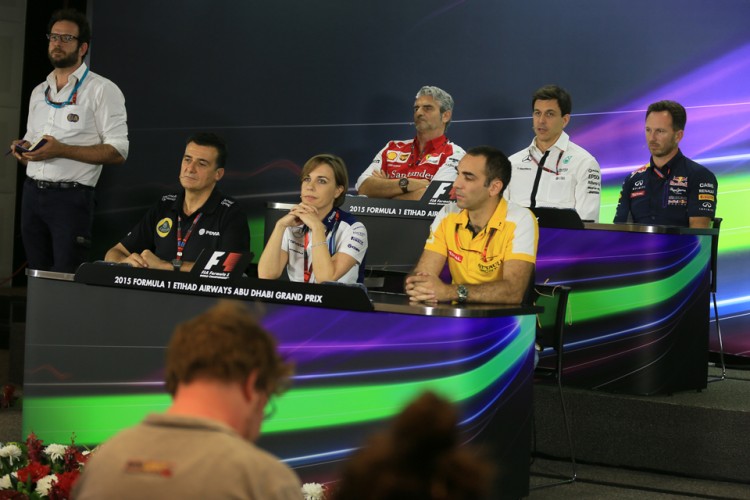 In a united stand against the current qualifying system and the proposed aggregate system, F1 teams have signed, sealed and delivered a letter addressed to the FIA, Bernie Ecclestone and CVC, to make clear that they will not tolerate things as they stand, asking for a swift return to the 2015 Qualifying format ASAP.

Teams, drivers and fans alike have all voiced their concerns about the current state of qualifying and the needless destruction of a perfectly good system. Sebastian Vettel in particular commented on how the new proposal was “a sh*t idea”, with Jenson Button indicating that “driving around with one eye closed would be better than the system in place at the moment”.

The new aggregate idea put forward by the FIA president and F1 Chief, involves the drivers overall time being derived from an aggregate of their two best lap times from each of the Q1, Q2 and Q3 sessions. Q1 would be 18 minutes long and when the time is up the seven slowest drivers on aggregate would be eliminated. Q2 would be fifteen minutes in duration and follow along the same lines as Q1, with Q3 lasting 12 minutes and determining the top eight from the aggregate of their fastest 2 laps in that session. This was the only suggestion given to the teams with Ecclestone and Todt not willing to revert back to the original Qualifying system, and hence not submitting this as an option to be discussed at the meeting. F1 team bosses therefore were not left with much room for manoeuvre, having to either come up with a more suitable alternative, face keeping the current elimination debacle for the Chinese Grand Prix, or as we have now seen go to greater lengths in order to get their voices heard by those in charge. Should F1 bosses still not listen, boycotting qualifying could be the next step in the team’s attempts to save the system and the sport from plummeting into further disarray.

The majority of fans and teams out there believe that the 2015 qualifying system was never broken in the first place, and so did not require fixing. The inane need to mess around with the format, is just another case of F1 chiefs not listening to what fans and those that matter to the sport want, not focusing on the important issues, and instead trying to find solutions to problems by creating more chaos.

The letter has been submitted ahead of a meeting due to take place later today, with F1 teams, F1 Chiefs (including Bernie Ecclestone and Jean Todt), as well as Paul Hembery of Pirelli which was penned in to decide on the way forward for Qualifying. Having only been given the option of the new aggregate system to vote for or against, F1 team bosses became angered and have now vented their frustration and refusal to conform to the ridiculous notions of Ecclestone and Todt. The letter does also state, that in the future teams would be open to trialling tweaks to qualifying, as early as the latter part of this season if the championship has already been won…so unlike their opposition in this debate, they are open to compromise! Will F1 Bosses see sense? The ball is now in their court…so watch this space!

thcheckeredflag.co.uk would like to hear your thoughts on the subject of Qualifying…are you in favour of sticking with the original format, or would you like to see another style put in place? Is anyone in favour of the proposed aggregate system?

Pierre Gasly: “To get the P5 at our home race here in Imola is a great result”

By Paul Hensby
2 Mins read
Pierre Gasly was delighted to qualify fifth for the Emilia Romagna Grand Prix, but there was disappointment for Yuki Tsunoda, who crashed early in Q1.
Formula 1