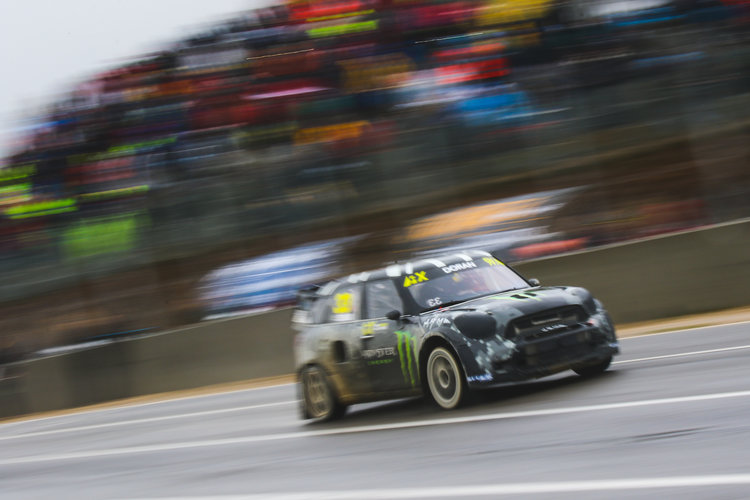 This weekend marks the start of the new World RX season and Doran is already settling in to the Mini RX despite the torrential weather conditions that have greeted competitors.

After the first say Doran sits just outside the final 12 qualifying spots that will progress to the semi-finals after finishing second to overnight leader Mattias Ekström in the opening Q1 race, the 29-year-old took victory in Q2, unfortunately a mistake from the team saw him miss his joker lap which resulted in a 30-second time penalty enforced after the race.

After the penalty was applied this dropped Doran down the running order to thirteenth, “I’m gutted that we picked up a penalty in Q2,” said Doran. “But looking at the bigger picture, I think we can be happy with the performance we’ve put on today and the speed we’ve shown in some horrendous track conditions,”

“I feel very comfortable in the MINI RX already and we’ve got an excellent platform to try and build on during the second half of qualifying tomorrow. The points table after Q2 is massively close and I’ll be doing all I can to get in the top-12 and take the team into the semis.” he added.

James Rumsey, JRM Racing Team Principal was understandably frustrated with the mistake but happy with what the team had achieved. “Missing the joker in our Q2 race is massively disappointing, but we have to take it on the chin and already have a solution in place to prevent reoccurrence.

“The pace we’ve shown today definitely deserved a top-six place and we’ll take that confidence into tomorrow’s qualifying races. We have a great car and driver, and we fully believe a semi final spot is achievable tomorrow.”