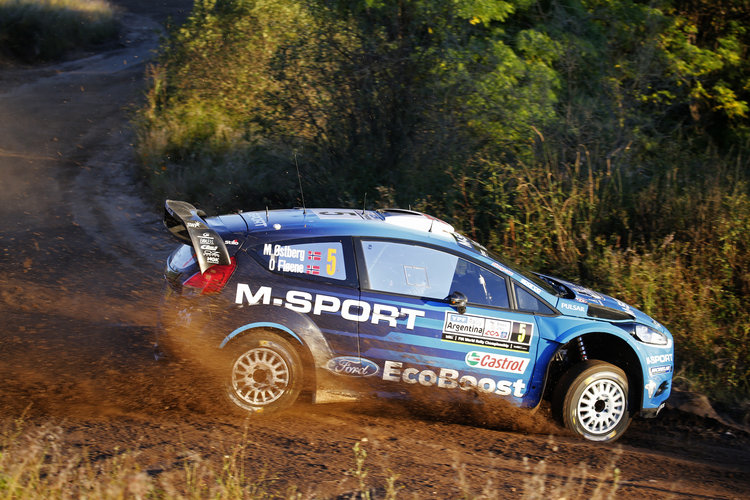 M-Sport World Rally Team Principal Malcolm Wilson has said he is unsure of why lead driver Mads Østberg is not on the pace that the team were expecting this weekend.

“Mads is still not where we would expect him to be.” said Wilson. “He has set some encouraging splits, but his overall stage times are a long way off what we wanted and we need to understand why he has been unable to match the speed of his rivals, or his fellow Fiesta driver Ott Tänak.”

Østberg admitted that he had been pushing but had taken the decision to ease off the pace a little. “This morning we were pushing really hard but we didn’t select the fastest tyre choice for the second pass.” said the Norweigian.

“We were on the limit this morning but I haven’t pushed to the same extent this afternoon as the risk was too high. We managed to get through the stages with no issues and that is the most important thing for the moment.”

Team-mate Eric Camilli continues to learn the ropes after the team look to refine his driving following a rough start to the year.

“Eric is continuing what was asked of him and was under strict instruction to finish all of the stages. He’s learning a lot, and it is important for him to continue at this level so as to head back to Europe on a positive.” added Wilson.

In WRC2 Elfyn Evans has been playing catch-up after retiring on the opening day, since then he has been setting impressive pace, despite a further puncture.

“Luck has not been on Elfyn’s side, but when he’s had a trouble-free run he’s set some very impressive times which proves what he could have achieved this weekend.”  said Wilson.

Evans added, “I swore that I wasn’t going to just drive around this year so that is going against the grain somewhat, but we have to put our sensible hat on and make sure we get the car to the end.”

Ostberg returns to WRC2 with upgraded C3 Rally2 in Croatia