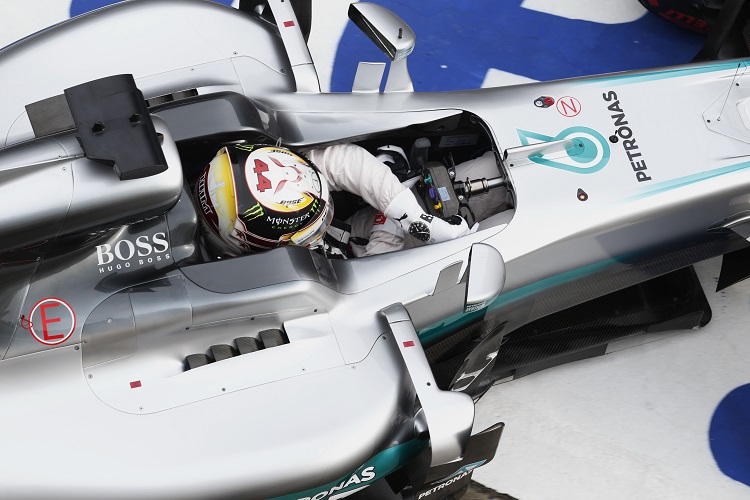 After reporting problems with his W07 just three minutes into the qualifying session, Lewis Hamilton returned to the pits for the issue to be investigated. Despite the Q1 session being delayed, due to a red flag caused by the Manor of Pascal Wehrlein, the Brit’s Mercedes team were unable to get to the bottom of the issue, which at the time was believed to stem from the ERS, which was reducing the power output from the engine.

After further inspection, the team confirmed the issue was down to an MGU-H failure and decided to give Hamilton a new Power Unit (PU) ahead of Sunday’s race. They hope however that the failing engine can be salvaged and used later in the season.

The current World champion will start the 2016 Chinese Grand Prix from the back of the grid, following his already incurred five place grid penalty for a change of gearbox. The weekend was already set to be tough going for the Brit, but the qualifying issue have now made the task even harder. Speaking to motorsport.com Hamilton advised:

“Of course, it’s disappointing not to get out there today. It was going to be a tough weekend anyway with the grid penalty.

“But these things are sent to try us. No one wants it easy – at least I know I don’t. We might be in the mud right now – but we’ll dig our way out.

“We’ve got a great car and the team are doing a great job. There are areas we can improve but it’s still early in the season and I know we’ll get there. It’s important that nobody lets their head drop.

“The best thing we can do is learn from it and move on. I’m sure the guys are just as gutted as I am – but what will be, will be. We win and lose together, so we’ll work hard to figure out what happened and try to make sure it doesn’t happen again.”