Sergio Perez: “I want to get my season started properly in Shanghai” 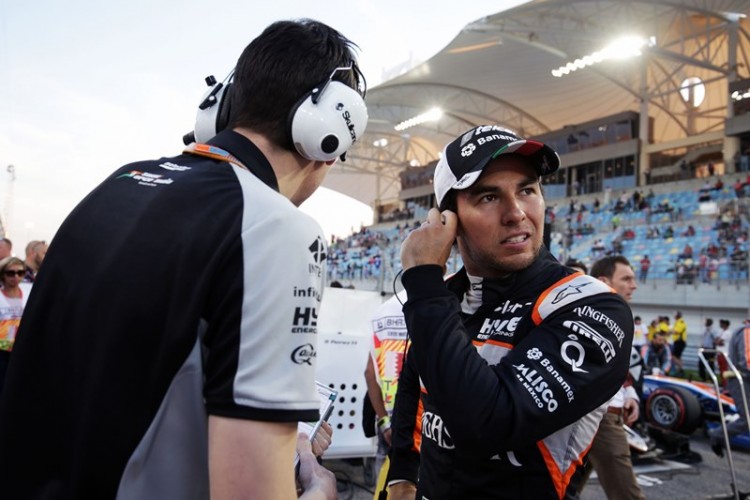 Following a disappointing weekend for the Sahara Force India team in Bahrain, the squad are hoping to show the true potential of the VJM09 and fight for points at the Chinese Grand Prix.

Despite a troubled race for Sergio Perez in Bahrain, the Mexican believes they made a good step forward with upgrades, the benefits of which could not truly be seen last time out due to the early incidents both cars were involved in:

“I’ve always enjoyed going to China. Shanghai is an interesting city to explore and you always get huge support from the fans. They always wait outside our hotel every day just to say hello and give us special gifts.”

“After two disappointing races I want to get my season started properly in Shanghai. The results in Australia and Bahrain could have been so much better, but things just didn’t work out for me. That’s part of racing and I know things will turn around soon.”

“It was a similar situation as the start of last year before my luck started to change. The atmosphere in the team is still upbeat and everybody is pushing to get more performance from the car. We made a good step in Bahrain with the upgrades so we are definitely moving in the right direction.”

Team-mate Nico Hulkenberg is also hoping for a change in fortunes for the team at the Chinese Grand Prix. The German knows the pace is there, they now just have to realise that potential on track without incidents:

“When I think of the race in Shanghai I always remember the impressive towers on the main straight and the cool paddock buildings by the lake. It’s definitely a circuit with a special character and its own personality. The track is also famous for the never-ending turn one.”

“My expectations for this weekend are high and, after the disappointment of Bahrain, I hope we can have a clean race in China. There’s good pace in the car and reaching Q3 in Bahrain was proof of that. We had to work very hard with the car set-up to find the sweet spot, but we learned a lot of things that will carry over into this weekend.”