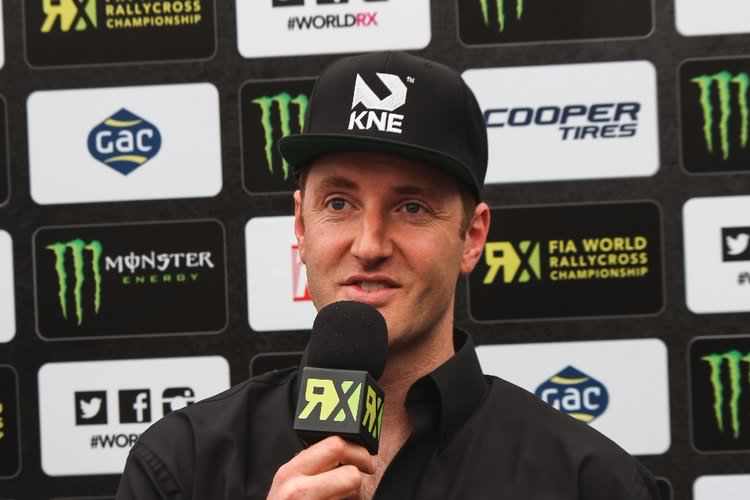 Two time British Rally Champion Guy Wilks has secured a return to the FIA World Rallycross Championship where he will drive an Olsbergs MSE Ford Fiesta at the 2016 World RX of Great Britain.

Wilks last appearance in World RX, at the wheel of a JRM World RX BMW Mini Supercar, took place at Lydden Hill in Kent last year. He guided the popular Mini to the Final where his finished in sixth place after suffering a puncture early in the race. However the Englishman is looking forward to getting behind the wheel again at what is only his second outing in a Rallycross event. He will be join series regular Liam Doran, who is driving the JRM Mini this year in its iconic Monster Energy livery.

Wilks is already known to followers of World RX where he has often joined series commentator Andrew Coley on multiple occasions in the commentary box to give his views on the fastest growing form of Motorsport in recent seasons.

The Englishman is looking forward to his next chance of rallycross action, “I’m massively looking forward to getting back behind the wheel at Lydden. To get another chance to show what I can do will be a great opportunity and racing on the track is where I want to be,” enthused Wilks.

“A Brit in the British round with home support is something really special. Supported by LOCO and partnered with OMSE, one of the most experienced teams in the paddock, is great news for me. Lydden Hill is a place that everybody thinks I have good knowledge of but actually it marked the start of my RX career in 2015, when I saw the place for the very first time,

“Obviously rallying is my background, so I’ll have to brush up on my racecraft again – Karting North East (KNE) will definitely help with that. After commentating at round one in Portugal, I’m very aware that this is a World Championship with some serious competition – I’ll need to bring my A game to Kent if I want to reach the top!” he added.