After a thrilling Spanish Grand Prix, the FIA Formula One World Championship heads north to Monte Carlo for the seventy-third running of the Monaco Grand Prix, the sixty-third time it has appeared as part of the Formula One calendar since its inception in 1950.

After starting the race from pole position, it looked certain that Lewis Hamilton had the race wrapped up, leading Mercedes AMG Petronas team-mate Nico Rosberg for 64 laps, unfortunately for the Brit, a “pit stop misjudgement” saw him drop to third place during a late safety car period, understandably the defending champion was gutted and the team later apologised for the error. As Rosberg took his third consecutive Monaco Grand Prix win for Mercedes, Scuderia Ferrari‘s Sebastian Vettel took second place, with previous leader Hamilton finishing third. 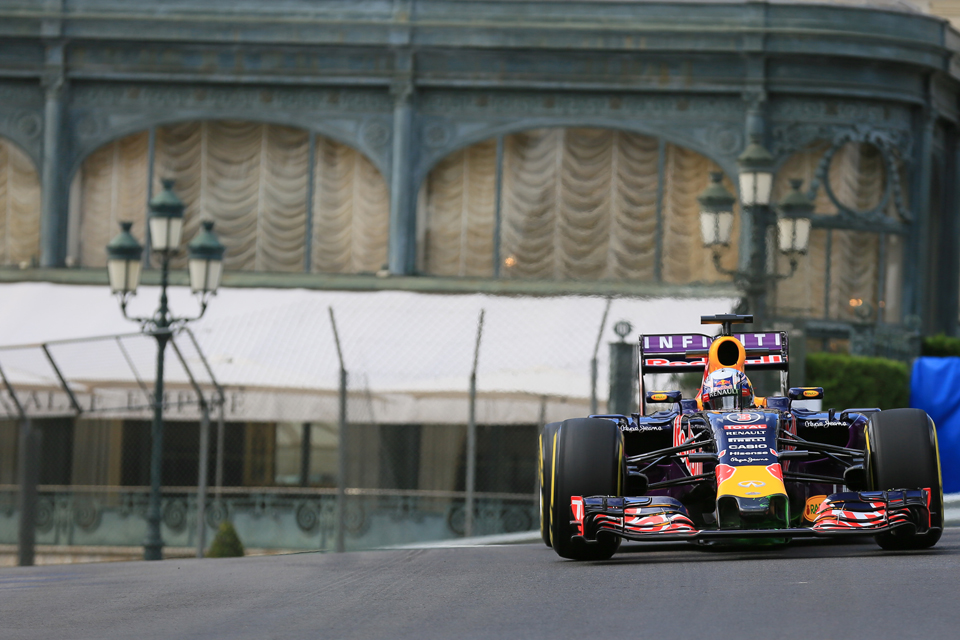 Towards the end of the race Red Bull Racing gave the order to Daniil Kvyat to let Daniel Ricciardo through to try to challenge Hamilton for the final spot on the podium, while he set the fastest lap of the race (1:18.063), the Australian failed to catch the Brit and handed the position back to Kvyat as the race came to an end. Another notable moment from the 2015 race saw Max Verstappen crash out whilst challenging Romain Grosjean‘s Lotus for tenth place, this caused the safety car period that led to Hamilton’s demise as the Scuderia Toro Rosso was cleared away.

What to look out for this year

Nico Rosberg will be looking to get his championship efforts back on track after failing to finish the last Grand Prix at Barcelona, the German heads in to this race high in confidence having won the last three races to be held at Circuit de Monaco. If he does take victory this weekend he will become the second driver to win at least four races at Monaco consecutively, Ayrton Senna holds the record with an unprecedented run of five victories between 1989 and 1993.

There are five other previous victors around the streets of Monte Carlo joining Rosberg on the grid for 2016, Kimi Raikkonen took his McLaren-Mercedes to the top spot in 2005, while Fernando Alonso claimed wins in 2006 and 2007 for Renault and McLaren. Lewis Hamilton won in 2008 and will be fired up to make amends from Spain. Jenson Button visited the royal box in 2009 on his championship winning year with Brawn GP while Sebastian Vettel will be hungry to add to his victory tally at Monaco having taken the win in 2011.

Renault will be introducing two new engines this weekend, one for their own Renault Sport F1 team and one for the Tag Heuer-badged Red Bull Racing team, there’s been no confirmation on who will be the lucky recipient of the new power unit but expect the two that do receive it to have a slight advantage.

McLaren-Honda have announced that they expect to be in the mix near the top half of the field this weekend, they showed good pace on the tight and twisty sections at Barcelona, in fact they were in the top three teams through S3 around the Circuit de Catalunya. This can only be encouraging for the former champions as they look to return from their fall from grace.

Anything else to think about?

Pirelli will be introducing their brand new ultrasoft compound this weekend in to competitive action, expect lap-times to drop over the weekend as the drivers test the limits on the new rubber.

Early weather forecasts for the weekend show dry weather this week but there is a threat of thunderstorms on raceday, if this happens then expect the form book to be thrown out of the window as wet weather and Monaco always produces some spectacular (and sometimes bizarre) results (anyone remember 1996?).

Even if the wet weather doesn’t come, looking back at the last five Grand Prix at Monaco and there is a 100% record for the safety car being deployed at least once! (Lewis Hamilton knows all about this…)

On a final note…

While it is hard to predict the outcome of the results this weekend, one thing is certain, that 111 metre run down to turn 1 is going to be very interesting on Sunday!

The Checkered Flag will be providing full coverage throughout this week and over the weekend. For the latest snippets of news follow the @tcfF1news account on Twitter. Also keep a look out on site later today for race predictions from our F1 team!