Collard edges out Herta in Practice ahead of Oulton Park Weekend 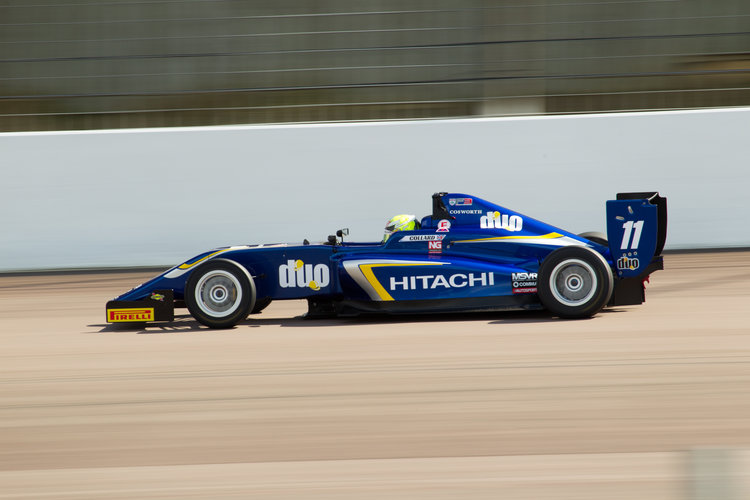 Ricky Collard ends Friday as the fastest driver with a time of 1min 30.961 around the Oulton Park cirucit. He’d remained strong throughout the four practice sessions, recovering from an early crash to top the final test in which he set his personal best time.

Closely pushing him was team mate Colton Herta. The American returns to the BRDC British F3 championship after a round away racing in Euroformula Open. He once again replaces Lando Norris who ended the last weekend with a win and two further podiums.

Herta started strongly, setting a benchmark of 1min 31.886 in the first few minutes of the opening session. Matheus Leist proved to be his closest challenger thorughout, as the Brazilian ended the practice on top.

Any chance for Herta to respond had been cut short by Collard. The championship leader had managed to temporarily go second before he lost control of his Carlin machine, damaging the left front side of his nose and bringing out the red flags, Herta would finish third fastest.

The second session saw Enaam Ahmed join in the fun after sitting his GCSE English paper at school instead of participating in practice one. He made an instant impression, managing to set a time only 0.4 seconds off the best, set by Herta. However, it was Ahmed’s team mate Thomas Randle who topped the time sheets after the third session.

Krishnaraaj Mahadik had impressed in the opening session, going fifth fastest. Though he was brought back down to earth with a large bump as he ended the third practice in the wall at Druids. His car was damaged worse than himself, but was unable to take part in the final practice session. Qualifying will prove whether he’s lost any of his pace from Friday morning.

He wasn’t the only driver to suffer at Druids though, with Sisa Ngebulana also coming to blows in the final session. Herta, who had looked comfortable to once again top the sheets was edged out by Collard just before the red flags. The championship leaders time proved to be the only one under the 1 minute 30 second bracket.

With four drivers topping the four sessions, the Carlin’s, Double R Racing and Douglas Motorsport all looking competitive, we could be in store for another close weekend of racing.