Lynn achieves ‘everything and more’ at Barcelona test 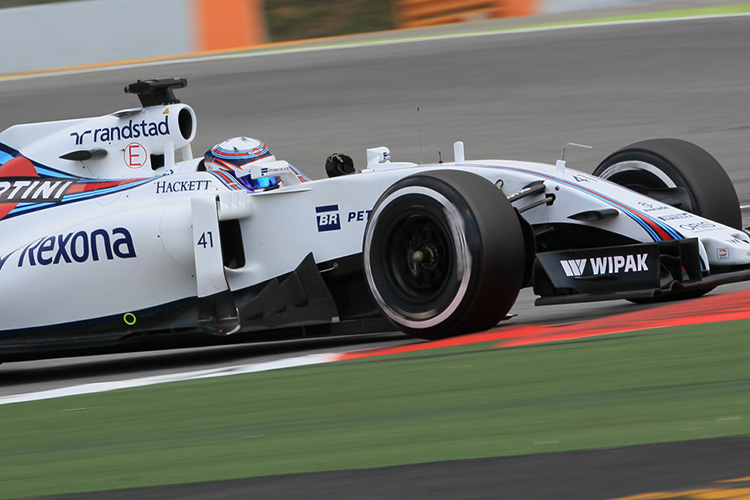 The team concentrated their efforts on aero testing and surprised the Formula 1 paddock this morning when they exited the pitlane with a high-downforce set-up which featured a double-decker rear wing.

“It was a very successful day.” said Chief Test & Support Engineer, Rod Nelson. “We’ve been doing a lot of aero testing today on development items. We also went through a programme looking at some Monaco set-up alternatives.

“It was a very interesting day for us with plenty of data to look through, and we got through our entire planned programme. It was good to have Alex back in the car today.”

Lynn previously tested for the team in the 2015-spec FW37, so this test gave the young Brit a chance to compare the car to this years challenger.

“He drove the FW37 last year, so it is quite interesting to hear his view of where we’re going with the FW38. It is quite a different beast, and race drivers don’t always notice the difference because they drive it every week and changes tend to be fairly marginal.

“For him, he is looking back several months. It is interesting to talk to him about it and get a different point of view. He did a great job for us, it was a very clean day to complete our programme.” added Nelson.

Lynn added, “I think we had a really positive day. We’ve run through everything, and probably more than we ever anticipated on the programme.

“We’ve had a lot of good running for the team in terms of the next few races, and got some good information. We did some good work on the medium tyre, and in the afternoon it was more Monaco based performance work.”

Felipe Massa rejoins the team tomorrow as he takes on the task of testing around the Barcelona circuit.

By Robert Percy
7 Mins read
Whilst the team formerly known as Toro Rosso has always been a solid midfield contender, this year was one where they really surprised us a couple of times!
Formula 1Season Review

By Paolo Iantosca
3 Mins read
The 2020 F1 season is set to go down as Ferrari’s worst campaign in the last century. However, despite the dreadful results, Ferrari still managed some highs in a unique 2020 season.