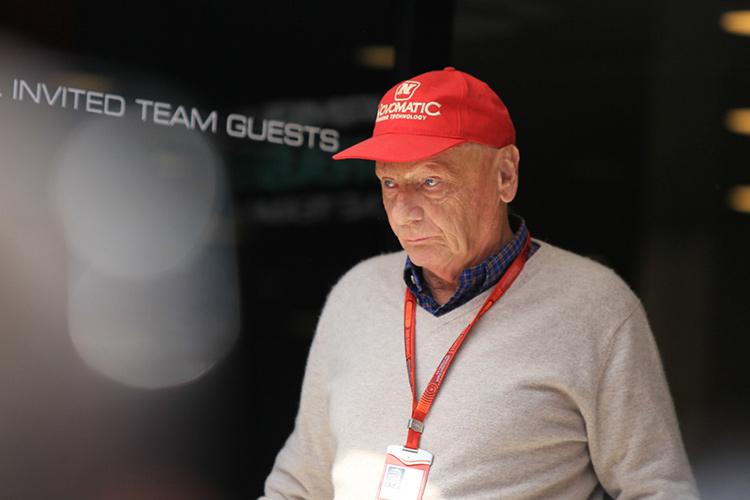 Mercedes AMG Petronas F1 team boss Niki Lauda has assigned the full blame to Lewis Hamilton for the incident that saw both of the Mercedes drivers end their 2016 Spanish Grand Prix on the first lap.

Lauda blasted Hamilton for his “unacceptable” collision, saying that the Englishman was too aggressive when trying to pass team-mate Nico Rosberg.

“Completely unnecessary I would say and for me the disaster is that both Mercedes are out, after two corners its unacceptable,” Lauda told Sky Sports. “Lewis was too aggressive to pass him and why should Nico give him room, he’s in the lead. Its very simple for me. So it was a miscalculation in Lewis’ head, I blame him more than Nico but for the team and for Mercedes it’s unacceptable.”

It isn’t the first time that the pair have collided, in 2014 at the Belgian Grand Prix, Rosberg was reprimanded for an incident that say Hamilton get a puncture when the German was trying to pass for the lead.

While there has been no official press release yet regarding the incident, Lauda was seen going in to the Mercedes motorhome with both drivers and other senior team staff for a debrief.

By Paul Hensby
4 Mins read
Charles Leclerc drove superbly to finish the Portuguese Grand Prix in fourth, while team-mate Sebastian Vettel struggled once more and finished down in tenth.
Formula 1

Kevin Magnussen: “We knew we didn’t have a chance of points with a normal race”

By Paul Hensby
2 Mins read
Haas endured a torrid afternoon in Portugal, finishing seventeenth and eighteenth at the Autódromo Internacional do Algarve.
Formula 1