Tough day at the office for Williams in Monaco 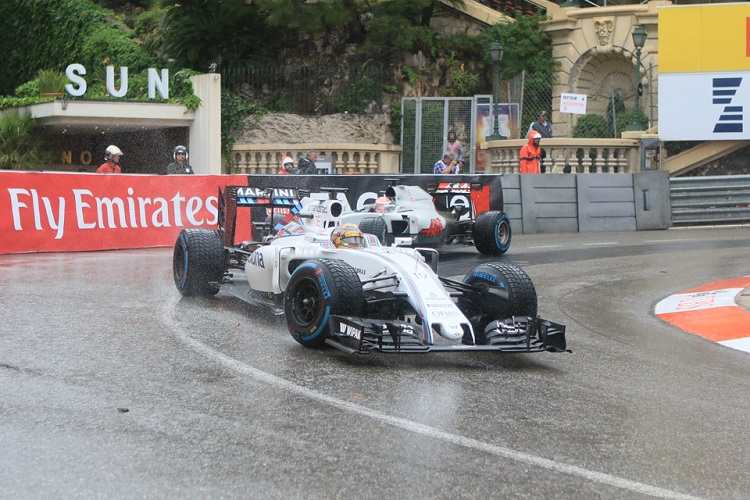 It was a tough weekend in Monaco for the Williams Martini Racing team, who only managed to claim one point for their efforts, through a tenth place finish for Felipe Massa.

Massa stayed out on full wet tyres longer than most, holding up a number of drivers on the intermediate tyre in the process. When he did finally pit for intermediates, it was well-timed to bring him out ahead of traffic.

The Brazilian confirmed it had been hard going in the conditions they experienced on the streets of Monte-Carlo, on Sunday.

“It was a very tough day, having to start in the wet with laptimes of 1m40s and upwards. It was looking like a very difficult race to finish, so the positive thing is I managed that.

“It was definitely the most difficult race weekend of the season so far, but one point is better than zero.”

Team-mate Valtteri Bottas finished outside of the points after pitting early for the intermediate tyre and finding himself stuck behind a train of cars for the majority of the race. The Finn was disappointed with the end result, after a tricky day.

“It was of course disappointing to finish outside the points. I think we really need to look at our strategy and why we lost a good position after the track was starting to dry.

“It’s possible we stopped at the wrong time, but the conditions were tricky today and it wasn’t an easy race.

To rub salt in the wounds for Bottas, he received two penalty points for a collision involving Esteban Gutierrez at La Rascasse, which the stewards deemed the Finn was responsible for.