Max Verstappen: “I am very satisfied with my performance” 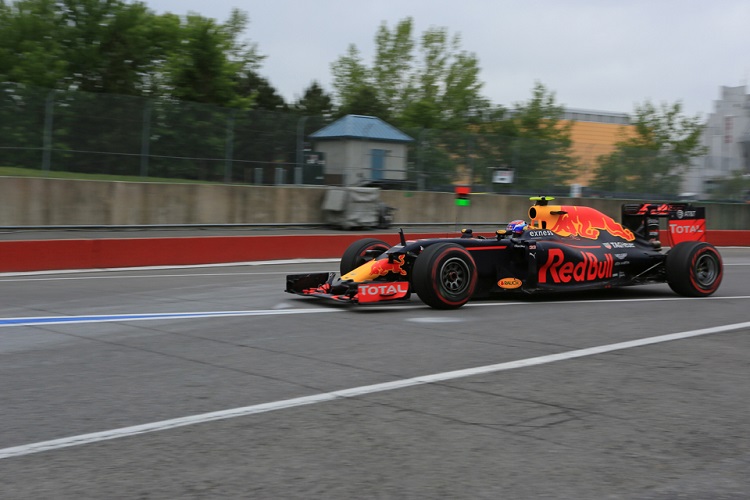 Max Verstappen believed he got the best result possible during the Canadian Grand Prix on Sunday after realising early that the tyre degradation on his Red Bull Racing RB12 was too much to be able to challenge for a podium.

The Dutchman jumped ahead of team-mate Daniel Ricciardo at the start, and although he lost a spot to the Williams of Valtteri Bottas, he was able to maintain fourth until the chequered flag despite the best intentions and close attention of Nico Rosberg.

Verstappen admitted he enjoyed his duel with Rosberg over the closing laps, in which he showed off extremely good defensive driving, withstanding the pressure of the Mercedes driver and ultimately securing position when the German spun on the penultimate lap.

“We did what we could today and that was a great job,” said Verstappen. “We wanted to finish on the podium in front of the Williams but soon realised we were suffering with a bit too much tyre degradation.

“I think a little bit of rain could have helped us today. At the beginning I saved my tyres and fuel as I knew I could not stay with the front two. When Daniel got close behind I then decided it was time to push.

“I am very satisfied with my performance but also with the new power unit, you could see it was hard for the Mercedes to try and pass on the long straight so we are making good progress.

“The last ten laps I really enjoyed, I would actually say they were the hardest ten laps of my life. I was in fourth for a very long time so didn’t want to give up that position. It was a very hard battle at the end of the race, his [Rosberg] pace was very strong but we managed to keep ahead and then the last lap was pretty spectacular.

“After Monaco it’s nice to leave this race with a big smile on my face. Now looking ahead to Baku it’s a new experience for everyone so we have to wait and see how the grip levels are but today was definitely positive for us.”